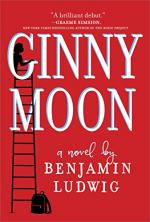 Ludwig, Benjamin
This Study Guide consists of approximately 101 pages of chapter summaries, quotes, character analysis, themes, and more - everything you need to sharpen your knowledge of Ginny Moon.

The following version of this book was used to create this study guide: Ludwig, Benjamin. Ginny Moon. Park Row Books, 2017.

Benjamin Ludwig’s novel, Ginny Moon, contains 88 page-turning chapters, spanning from a Tuesday night in September to a Thursday afternoon in January. The narrator is an autistic teenage girl cycling through the Foster Care System in the wake of her traumatic past. She has been adopted by her third pair of Forever Parents, Brian and Maura Moon. The novel begins as Ginny attempts to nurture, and then beat, a plastic electronic baby into silence before stuffing it into a suitcase. Maura is pregnant and concerned about Ginny’s behavior around a baby, so it is decided that Ginny is not allowed to touch her new Forever Sister once she is born.

Ginny’s troubling behavior stems from her abusive childhood and proliferates from her obsession with Baby Doll. Ginny was taken from her birth mom, Gloria, at age nine, but not before she hid her Baby Doll from the police inside a suitcase. Ginny has been supremely anxious about it since.

Ginny manages to contact Gloria for the first time in four years. Her plan is to be kidnapped by Gloria, and thus, reunited with her Baby Doll. However, Gloria is impulsive and unreliable, so she gets a restraining order, and Ginny's aunt kidnaps Ginny instead. Ginny learns that Crystal with a C had found her Baby Doll, unconscious, but alive, inside the suitcase. She asks Ginny to hide for three weeks before they meet Gloria in Canada, but Ginny believes Baby Doll is in danger. Ginny refuses to stay put, and Crystal with a C gets arrested.

Baby Wendy was born while Ginny was away, and when Ginny returns to the Blue House, she starts hovering around the baby, much to Maura’s dismay. Maura stops coming downstairs and Brian’s health starts to deteriorate. Ginny’s attachment therapist, Patrice, reminds Ginny that Baby Doll is only a figment of her imagination. She also informs Ginny that her birth dad wishes to meet her for the first time. It is insinuated that, if all goes well, Ginny may one day live with him, which is an idea that excites Maura but deeply saddens Brian.

Rick and Ginny begin emailing one another, but Ginny is really only interested in receiving his help to get to Baby Doll. She meets Rick at a park, but she does not have the chance to talk with him about a trip to Canada because her Forever Parents are watching them. Rick visits with Ginny at the Blue House, and he unveils the mystery behind Baby Doll. She is Ginny’s little sister, whom Gloria calls Krystal with a K.

With this new information, social workers confirm that Gloria has another daughter who is now six years old. However, Ginny believes that Baby Doll is still only one year old because Crystal with a C told her she would always be her baby. Ginny is very concerned for her Baby Doll’s safety. She wants to tell the social workers not to leave her alone with Gloria, but when Ginny tries to get Maura’s attention to call Patrice, she gets struck in the face for gesturing towards Baby Wendy.

Ginny’s Forever Dad takes the rest of the year off from work to take care of Ginny. His health, and patience, are waning. The stress accruing from Ginny’s behavior is becoming insurmountable, so they plan for Ginny to stay with Rick in a month’s time. Rick is invited to meet Ginny’s teachers, have meals together, and join the family during the holidays. He expresses much different opinions than the Moons have on how to best raise Ginny.

Gloria attempts to give Ginny a gift on Christmas, and then she successfully orders a pizza to be delivered to her on New Year’s Eve. Rick exclaims how he is more open to the idea of people changing than they are. Maura kicks him out of her house and his respite with Ginny is called off. Rick says his goodbyes to Ginny, and he hands her a Star Wars trilogy movie set as a parting gift, in which Ginny finds a note with Gloria’s number on it.

Ginny’s secret plan to be kidnapped is back on, but she must execute it before her Forever Parents send her away to St. Genevieve’s Facility for Girls. She steals a classmate’s phone to call Gloria, and they plan their rendezvous for Tuesday, January 25th. Patrice informs Ginny that the social workers are concerned about Baby Doll’s weight, and Ginny imagines that her Baby Doll is starving.

Gloria comes to watch Ginny’s basketball tournament, and she brings along Krystal with a K. Ginny hyperventilates and has to leave the court because she thinks the girl is the Other Ginny that Gloria has replaced her with. Ginny is confronted by the Other Ginny, who has in her hands a picture of Ginny holding her Baby Doll. Ginny chases the Other Ginny but is stopped by a policeman. Gloria and the Other Ginny disappear. After the tournament, Ginny calls Gloria to remind her to feed Baby Doll and to reprimand her for leaving a baby in a car. Gloria is confused, but Ginny is more confused because she did not see her Baby Doll today at the tournament. She saw the Other Ginny. Gloria reassures Ginny that she could never be replaced and that she has a lot to explain to her on the drive to Canada.

At her visit to St. Genevieve’s, Ginny sees a statue of the Virgin Mary holding baby Jesus, but neither of them have faces. Ginny worries that her Baby Doll will not recognize her after so many years apart. The next day, Ginny’s friend, Larry, distracts their teacher so Ginny can hop off the school bus, cross the street, and escape with Gloria.

Ginny imagines the crosswalk to be like an equal sign, in which by walking through it, she will return to the right side of Forever and be Baby Doll’s caretaker again. Instead, Ginny's reality crashes before her. Her Baby Doll grew up without her. If her Baby Doll is not a baby anymore, she does not need her anymore. Ginny refuses to get in the car with Gloria. Gloria makes a scene, grabbing and yelling at Ginny, but Ginny finds her voice amongst the noise and tells Gloria to stop. Gloria tells Ginny to look her up when she is older, hugs her and leaves.

Ginny is left alone to walk the streets with no sense of identity or belonging. She climbs into an empty movie theatre, but it is too cold and quiet to be a good home. The milk jug she brought for Baby Doll breaks and soaks her clothes. She sees a police officer and starts to run. She hides behind a dumpster by the train tracks, but when a train rushes by, Ginny panics, hits her head, and screams. The police find Ginny and take her to the hospital. She looks in the mirror and snarls at the face she sees. Maura and Brian are there, and they question Ginny why she did not leave with Gloria. Ginny explains that her Baby Doll is not a baby anymore. Maura is shocked and believes closure might be possible.

Upon returning to the Blue House, Ginny sinks deeper into her depression. She cannot even recognize her own voice because it now belongs entirely to (-Ginny,) which is pronounced 'not Ginny.' According to Ginny, (-Ginny) belongs in a cage or in jail, so she plans to set a fire in the kitchen and get herself arrested. However, her plans are foiled by Baby Wendy's cries.

Maura is outside fetching the mail and chatting with a neighbor, so Ginny turns off the stove burner and tends to Wendy. When Maura returns, she accuses Ginny of trying to roll Wendy down the stairs, but Ginny manages to self-advocate that she did the right thing. Maura is stunned, but she believes Ginny, so she asks Ginny if she would like to hold Baby Wendy. Ginny is elated by the request and soothed by the feeling of a baby in her arms. She hears her own voice respond, so she finally becomes Ginny Moon in her rightful place as a big sister inside a safe home.

More summaries and resources for teaching or studying Ginny Moon.