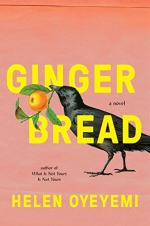 Helen Oyeyemi
This Study Guide consists of approximately 40 pages of chapter summaries, quotes, character analysis, themes, and more - everything you need to sharpen your knowledge of Gingerbread.

This detailed literature summary also contains Quotes and a Free Quiz on Gingerbread by Helen Oyeyemi.

The following version of this book was used to create the guide: Oyeyemi, Helen. Gingerbread. Riverhead Books, 2019.

In Gingerbread, Harriet Lee lives in London with her teenage daughter Perdita and her mother Margot. Working as a teacher and attempting to get involved with her daughter's academic community, Harriet feigns normalcy. Yet her heart and mind are perpetually preoccupied by thoughts of the past. Instead of fully engaging with her present reality, Harriet obsessively attempts to find new information about her nearly erased homeland Druhástrana. Thoughts of her former friend Gretel simultaneously distract Harriet from remaining present.

When Perdita turns up missing, Harriet grows frantic. Eventually she finds her daughter lying unconscious in her bedroom. After Perdita's hospitalization, Harriet discovers that she has taken a sachet of powder in an attempt to travel back to Druhástrana. While in the hospital, Perdita eventually regains consciousness, though her ability to speak has been greatly altered. As she recovers, she works to gradually recover her speech capabilities. The doctor encourages Harriet to talk to her as much as possible in order to expedite her linguistic remembrance.

When the women return home, Harriet tells Perdita the story of her former life. Though she has not revealed these details before, she realizes Perdita needs to know about Druhástrana and the Kercheval family.

The narrative then flashes into the past and details Harriet and Margot's early lives in Druhástrana. While there, the Lees work on a farm which is owned and operated by Clio Kercheval. The Lees struggle to survive and are eventually forced to sell their family gingerbread recipe to Clio. Clio also employs Harriet as well as many other young girls in Druhá City as a part of her new campaign. She turns the girls into Gingerbread Girls and uses them as marketing tools. While involved in this scheme, Harriet begins to realize the truth of Clio's deceptions and corruption. With the help of Clio's daughter, Gretel, Harriet eventually escapes Druhá and leaves Druhástrana altogether with her mother. Though their time together is brief, Harriet cannot forget Gretel, and longs to be reunited with her.

During her time in Whitby, England with her mother at Kercheval House, Harriet continues to wear the wooden wheat-sheaf ring Gretel gave her prior to leaving Druhástrana. Though she begins to form new relationships, she keeps hoping Gretel will return to her. Once Harriet and Margot realize the unsavory nature of Aristide and Ambrose Kercheval's business, the women leave Kercheval House and attempt living independently. They struggle to make ends meet and to survive in a societal system which relies almost entirely on the Kercheval power network.

As the years pass, Harriet grows close with Aristide's son Gabriel. Their intense intimacy leads to Harriet's pregnancy. Despite Gabriel's lack of support, Harriet keeps the child. Perdita, now aware of her father's identity, enjoys hearing about all of the voices who originally protested her birth.

In the narrative present, Perdita then reveals the details of her trip to Kercheval House and to Druhástrana. She tells Harriet how Tamar and Ambrose Kercheval attempted to deceive her, and about Ambrose's eventual aid in transporting her to Druhástrana. Harriet then realizes how much her daughter has always longed for paternal affection.

After Perdita fully recovers, the three Lee women travel again to Kercheval House. Harriet resolves her relationship with Gabriel and reaches a place of understanding. The Kerchevals eventually accept Perdita as part of the family. Aristide then offers for the Lee women to stay in one of three houses he and the family are giving to families of lesser means. The Lee women, along with Tamar, visit two of the three houses. The third, the agent later reveals, is made of gingerbread and can only be opened with two wooden rings.

By the end of the novel, Harriet lets go of her hold on the past and moves towards a new relationship beyond those dictated by Gretel or the Kerchevals.

More summaries and resources for teaching or studying Gingerbread.