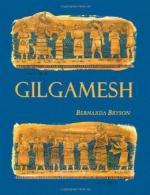 Uruk, most magnificent of the seven cities of Sumer, is the place where the hero Gilgamesh reigns as King. Uruk is surrounded on all sides by towering brick walls meant to protect the city from invading armies, natural disasters, etc. It is these walls that are the catalyst for the story of Gilgamesh. His insistence that they be built ever higher angers the citizens and provokes them to seek their King's death.

The Mountains of Mashu, dwelling of the scorpion men, form the northern border of Gilgamesh's world. They are believed to constitute the border between night and day.

The Great Salt Swamp forms the southern border of the known world of Gilgamesh.

The Eastern Garden is the home of the Sun from which he rises each morning after descending into the western void and through the...