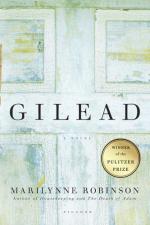 Source material providing biographical information on Marilynne Robinson is scant and all too often conflicting in its facts, focusing on her publications and the host of awards she has won, rather than on biographical details. Robinson was born in Sandpoint, Idaho, probably in 1944 (though 1943 and 1947 are also reported), where she grew up and there attended Coeur d'Alene High School, from which she graduated in 1962. She graduated in 1966 with a B.A. in history and religion from Pembroke College in Warren, Rhode Island, an institution which became affiliated with Brown University in 1971. In 1977, Robinson received her Ph.D. from the University of Washington.

Robinson's first novel, Housekeeping, was published in 1980. The work, which is dedicated to Robinson's husband and four wonderful boys, was nominated for the Pulitzer Prize and won the PEN/Hemingway Award for best first novel. In the 1980s, Robinson wrote essays...