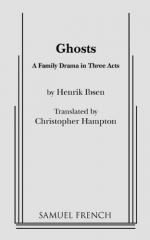 Today: Automobiles are so common that they create constant problems of crowding and pollution in urban and suburban areas around the globe.

1882: Major industrial areas, such as New York and London, are experimenting with electrical lighting to replace gas lights.

Today: Most areas in the world have been reached with electrical cables from huge nuclear or hydroelectric generators.

1882: The first birth control clinic in the world is opened in Amsterdam by Aletta Jacobs, who is the first woman to practice medicine in Holland.

Today: Birth control is still a controversial subject, even in areas where the rates of birth to single mothers have skyrocketed.

Today: Wireless telephones and e-mail devices that use the same radio waves are...