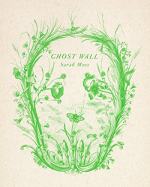 Sarah Moss
This Study Guide consists of approximately 40 pages of chapter summaries, quotes, character analysis, themes, and more - everything you need to sharpen your knowledge of Ghost Wall.

The following version of this book was used to create the guide: Moss, Sarah. Ghost Wall. Farrar, Straus and Giroux, 2018.

In Ghost Wall, 17-year-old Silvie ventures into the woods on an archeological experiment with her mother Alison, father Bill, an archeological professor, Jim Slade, and three of his students, Molly, Dan, and Pete. After Bill establishes a relationship with the Professor, he convinces him to allow his family to join their reenactment of pre-modern hunter-gatherer traditions in the woods. While the students are free to do as they wish within the loose parameters of the trip, Silvie finds herself increasingly entrapped by her father's dedication to the experience.

Bill refuses to allow any of the group members to eat anything other than what is foraged or hunted. He demands his wife stay by the fire at all times, and limits his daughter's independence throughout the trip. He even insists that he and his family stay in a lightless hunt while the rest of the group stays in individual tents slightly away from the campsite. As their stay in the woods goes on, the Professor urges Silvie to go off with the students, which her father reluctantly allows. Alison, however, remains mute and submissive at the fire. Silvie pities her, wishing her mother had the liberty to leave and return to the comforts of her armchair.

Though Silvie is initially withdrawn around the students, she gradually opens up to them. One day in particular while venturing out to the beach in search of mussels, Silvie finds her voice. She helps the students read the land and find the water with ease, all the while criticizing herself for acting like a know-it-all. The students, however, do not mind Silvie's input, and admire how much she knows about history and the environment. While on the beach, Silvie is shocked when Molly tears off her clothes and swims with the boys. Listening to and watching them interact, Silvie envies their freedom, their ability to express themselves, and imagine a future for their lives.

When they return to the campsite, Silvie retreats to the stream by herself, hoping to ease her severe sunburn in the water. Mimicking Molly's inhibition, Silvie takes off her clothes before entering the stream. While the moment affords her a moment of independence and seeming privacy, it is fleeting, abruptly interrupted by her father's emergence. Disgusted and enraged by Silvie's exposure, Bill forces Silvie against a tree and brutally beats her with his belt. Back at the campsite he demands she butcher all the rabbits he and the Professor caught by herself. The students struggle to understand Bill's cruelty.

For days afterwards, Silvie struggles to move or sleep, her wounds aching. One night when Molly notices the lashings, she presses Silvie about them. Silvie is embarrassed and refuses to explain. However, as the days pass, Bill's abuse becomes readily apparent. The more time Silvie spends with Molly, the more frequently Molly attempts asking her about his behavior. One day when the two are supposed to be foraging, Molly takes Silvie to the local market, Spar, to buy snacks. The entire time they are there, Silvie is panicking, terrified her father will discover her disobedience. Even while talking to the friendly cashier, Trudi, Silvie remains anxious. Outside, Molly notes Silvie's demeanor. Silvie insists she is not afraid of Bill, but just wants to follow the rules of the reenactment.

Some time later, Bill and the Professor devise a plan to recreate a ghost wall. They prop the rabbit skulls on the wall and perform a bizarre ceremony in front of it, chanting and beating drums. Disgusted with the men's games, Molly disappears during the affair. The next day when Silvie tells her she actually enjoyed the ritual, Molly assures her the performance is not normal.

Returning to the camp on another occasion, Silvie discovers that her mother has let the fire go out. She panics, insisting her mother relight it. Alison tells her to calm down as Bill has already noticed the fire. Silvie recognizes the wounds on her mother's body and realizes what has happened. When the students rejoin them, drunk after going to the bar, they offer Silvie and Alison their Spar provisions. Silvie is on edge, afraid her father will return and punish her for eating the food.

However when Bill and the Professor return, the men are in good spirits. They pull Silvie aside, telling her they have something special planned they would like to tell her about. In privacy they reveal their plan to kill her at sunset in a disturbing reenactment of the bog people's human sacrifice ritual. Silvie realizes she will have to go through with it.

Molly draws Silvie into her tent, insisting she tell her about the men's plan. When Silvie explains, Molly grows upset, insisting Silvie refuse. Silvie tells her she has no choice, but Molly promises to save her. At the time of the ceremony, however, Molly is nowhere to be found. The men bind Silvie and lead her up the hill towards the edge of the bog. At the precipice, they wrap her further and the Professor photographs her. Pete begins beating the drums and chanting. Bill draws a knife and cuts Silvie's arms. Shortly after they begin stoning her. Just as Silvie is realizing how dire the situation is, Trudi, Molly, and two policeman appear out of the woods.

The police arrest Bill, and Trudi takes Silvie and Molly back to her home. She washes Silvie's wounds and lets the girls stay in her home for the night.

More summaries and resources for teaching or studying Ghost Wall.