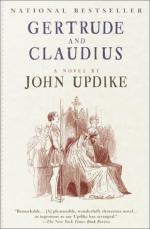 About Names Summary and Analysis

The names in Part 1 are taken from the account of the ancient Hamlet legend in the Historia Danica of Saxo Grammaticus, a late-twelfth-century Latin text, first printed in Paris in 1514. The spellings in Part 2 come from an adaptation of Saxo printed in Paris in 1576. The names in Part 3 are from the source used by Shakespeare, probably a German work printed in 1781 from earlier manuscripts. The names used in the summaries correspond to the names used in the book.

The names of the major characters are:

(read more from the About Names Summary)