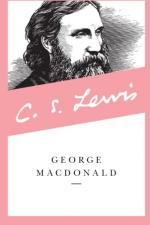 C. S. Lewis
This Study Guide consists of approximately 28 pages of chapter summaries, quotes, character analysis, themes, and more - everything you need to sharpen your knowledge of George MacDonald.

It is to men in general that MacDonald addresses his quotes. In addition to his role as audience, however, man is also a regular character in these quotes. Many types of men are included in these quotes. They include the non-Christian, the beginning Christian, those with questions about God and religion, and seasoned Christians. MacDonald writes to these men in hopes of teaching them about the basics of Christianity. MacDonald's goal is to convince the men that he writes about to embrace a relationship with God and accept their duty to Christ.

One of the groups of men that MacDonald addresses specifically is the group that studies natural science. Although these men attempt to understand science by unraveling the things the God created, MacDonald indicates that these men actually move further away from God in their study of science. By dissecting and analyzing the intricacies of God's creation, these men miss the main reason behind God's creation.

Vile men, or those who are unsaved, are another group of men included in these quotes. These vile men are the ones who will be surprised to learn exactly how God views them when they are awakened. Christians should also be careful of being grateful they are not like these vile men because they have the same germ of evil in them that the vile men have.

God is a frequent character in these quotes. He is described as being the creator of everything. It is indicated that God created all things that exist including darkness, which is portrayed as being the opposite of God's character. God's most important creation, however, appears to be humans. Although God is part of these humans because he created them, God must intentionally separate Himself from these humans. God's intention is that men will respond to their innate desire to return to God and then initiate and maintain a relationship with Him.

In addition to creating humans, God is also the Father of Jesus Christ. God allowed Jesus to come to earth, and then be murdered as a way to redeem humans from their sins. Jesus was an earthly example of God's qualities and personality. Like God, Jesus was capable of changing His plans without messing anything up. This is shown by Jesus' decision to change water into wine at a wedding at his mother's request. Similarly, God is also able to change His plans when he hears the prayers of His children.

Balaam is a character mentioned in Section 14. Balaam is presented as being the opposite of Jesus.

Job is a character from the Bible who was persecuted by the devil despite the fact that Job was a just man. In the end of the book of Job, Job is allowed to see God face to face. Instead of asking God the questions that he had wanted to ask, all Job can think about in the presence of God is how vile he is.

Judas is a character mentioned in Section 246. Judas is well known as the man who betrayed Jesus Christ to the Roman soldiers who wished to betray him. In this section of the book MacDonald indicates that every person has a little bit of Judas in him.

The Hebrews are a group of people studied in Section 4. The Hebrews became fearful of God after they were discovered worshiping a golden calf they had created as a god for themselves.

It is indicated in Section 181 that Paul was one of the writers of the epistles. In Section 225 MacDonald writes that Paul said that, "faith in God was counted righteousness before Moses was born." It is also indicated that Paul's idea of righteousness was a much more pure righteousness than that had by Abraham.

In Section 225 MacDonald uses the Biblical character of Moses to describe men in whom long faith in God has been regarded as a good thing. Moses is one of the first saints mentioned in the Bible.

According to legend, Lilith was Adam's first wife. In the legend, Adam's wife Eve, as recorded in the Bible, was his second wife. In Section 365 Lilith is begged by Mara to give away the thing that is not hers, probably either her soul or her life. Lilith instead begs Adam to cut off her hand so that she can sleep.

More summaries and resources for teaching or studying George MacDonald.