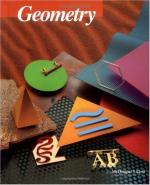 Rita Dove, Maya Angelou, and S. E. Hinton are featured on a 1999 video from Films for the Humanities, entitled Great Woman Writers.

Journalist Bill Moyers presents an in-depth look at Dove's life and her writings in Poet Laureate Rita Dove, a one-hour videocassette produced in 1994 and released by Films for the Humanities. It was originally broadcast on PBS as part of the Bill Moyers' Journals series.

Rita Dove was the executive producer for Shine Up Your Words, a 1994 television program meant to introduce students to poetry. It is available from Virginia Center for the Book, in Richmond, Virginia.

New Letters magazine produced the radio series New Letters on the Air. This series is available on audiocassette, including #305, Rita Dove, which features the author reading and discussing her poems in 1985.