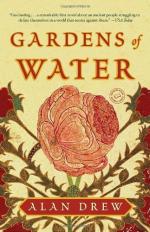 Gölcük is a suburb of Turkey, located about three hours from Istanbul by ferry. The town is located at the northern gulf of Armutlu Peninsula on the coast of Marmara Sea. Sinan and his family live in Gölcük in a small apartment when the devastating Marmara Earthquake hits, destroying the town and killing 17,000 people in 1999.

Istanbul is the largest city in Turkey, with a population of about 13.4 million people. It is a three-hour ferry ride from Gölcük and several of the characters visit there throughout the course of the book. Sinan takes a job carting televisions there and Irem escapes to Istanbul with Dylan when their relationship becomes too dangerous in Gölcük.

Apartment of Sinan and family

Sinan and his family live in a modest apartment in the suburb of Gölcük when the book...