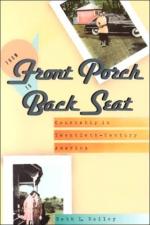 Many youth defined themselves as youth through public sexuality and sexual experimentation. New sexual conventions grew and produced tension between generations. The rise of national youth culture changed everything. The divisions between young and old mattered more than divisions between boy and girl. The power of the family declined and women left home for work; as a result, local youth cultures started earlier on campus.

Women and men started to touch each other more, often holding hands...