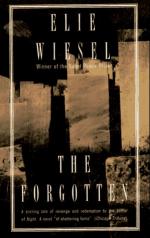 The Forgotten Summary & Study Guide includes comprehensive information and analysis to help you understand the book. This study guide contains the following sections:

Sixteen-year-old junior, London Lane, is suffering from a strange affliction. She is unable to remember the past, but she is able to "remember" the future. After London's brother, Jonas, is kidnapped she falls into a coma. At 4:33 in the morning she is pronounced dead and then comes back to life. For the next ten years of her life she is unable to remember things after 4:33 in the morning. That is when her memory resets. London has learned to cope with this problem. Only her mother and best friend know what is happening. Every night before bed, London writes in her notebook. In her writings, she describes what happened during the day and the important things she must remember the following day.

London meets Luke Henry. Luke and London begin a relationship and fall in love. Luke knew London when they were eleven and knows her memory secret, a fact London isn't aware of until they are already involved. London's knowledge of the future puts her in a strange position. She is aware of the fates of her friends, family and boyfriend. London must decide if she will act on this information. She must also decide if she will try to forget the information.

London discovers that her brother is still alive and has been kidnapped. He was not killed as her family had always believed. She also uncovers that her boyfriend will be shot in the future. Ultimately, London decides to take control of the future and to change events for the better.