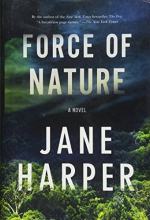 Later, the four remaining women could fully agree on only two things. One: No one saw the bushland swallow up Alice Russell. And two: Alice had a mean streak so sharp it could cut you.
-- Narrator (Prologue)

Importance: This opening quote sets the stage for the rest of the novel. It casts Alice in an unfavorable light and suggests that there might have been many motives for killing her in the bushland.

Importance: Falk worries that he and Carmen were too aggressive with Alice, and that this caused her to reveal herself as an informant. This is important because it shows that everyone in the novel is culpable for her death, even if only in some small manner.

But at least for a while, she would remind herself in the years to come, it had been a no.
-- Jill Bailey (Chapter 11)

Importance: Falk is after the Baileys...