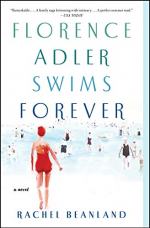 Rachel Beanland
This Study Guide consists of approximately 31 pages of chapter summaries, quotes, character analysis, themes, and more - everything you need to sharpen your knowledge of Florence Adler Swims Forever.

The following version of this book was used to create the guide: Beanland, Rachel. Florence Adler Swims Forever. Simon and Schuster, 2020.

Beanland’s novel is divided into approximately 20 chapters, with each chapter describing a different character’s point of view. The catalyst of the novel is introduced in the very first chapter: Florence’s death. The rest of the novel revolves around the various tensions between members and friends of the Adler family, with their main concern being how to hide the news of Florence’s death from her pregnant sister, Fannie.

Florence is a swimmer. In the summer of 1934, she is getting ready to swim the English Channel with the help of her coach, Stuart, who is also a lifeguard. Florence is staying with her parents, niece, and family friend, Anna. Anna has recently arrived from Germany and is hoping to secure a visa for her parents to come over. One day, while at the beach, Florence drowns and dies. Her niece, Gussie, witnesses the whole incident. Florence’s family mourn her death according to Jewish rites and traditions. They gradually welcome Stuart into their family, who bonds with Anna.

Meanwhile, Fannie is bedridden in the hospital. She lost her last baby and is determined that this one should survive. The whole family and hospital staff agree to pretend that Florence is still alive, for the sake of Fannie’s health. Fannie’s husband, Isaac, is mostly absent and very irresponsible. He is too busy trying to earn money off a shady real estate scheme to take much notice of his wife or daughter. Florence’s parents, Esther and Joseph, experience marital problems as well. Joseph was engaged to Anna’s mother, Inez, causing great jealousy on Esther’s behalf.

Stuart is not exempt from his own family troubles. His father is the wealthy owner of a large hotel called The Covington. Stuart wants nothing to do with the hotel, on account of its racist and anti-Semitic policies. He does his best to dodge his father’s various attempts to get him into the business.

Anna spends most of her time looking after Gussie and getting swimming lessons from Stuart. Anna and Stuart develop romantic feelings for each other. Their feelings for each other get muddled as a result of Anna’s pressing need to marry an American in order to secure a visa for her parents. They go a while without speaking, until one day when Gussie goes missing and the two have to search for her. They find her at the train station, waiting for Isaac to come home. It turns out that on top of being a horrible husband and father, Isaac was stealing money from Joseph’s company, so Joseph bribed him to leave town for good.

Two months after Florence’s death, Fannie gives birth to a baby girl. She names her Ruby. Stuart decides to work for his father, on the condition that he places $5000 into a bank account for Anna’s parents. Stuart proposes to Anna and she happily accepts. At the end of the novel, all that is left is for Esther to tell Fannie about Florence’s death.