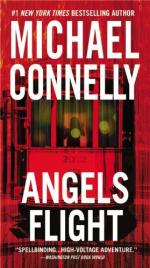 John Steinbeck
This Study Guide consists of approximately 50 pages of chapter summaries, quotes, character analysis, themes, and more - everything you need to sharpen your knowledge of Flight.

John Steinbeck's short story "Flight" was published in 1938 in The Long Valley, a collection of stories set in the Salinas Valley in California. The book appeared just three years after Steinbeck first received critical acclaim for his novel Tortilla Flat and one year before the publication of what many consider his greatest work, The Grapes of Wrath. "Flight" is generally considered one of Steinbeck's best works of short fiction, wntten at the height of his career. It is the story of young Pepe Torres, an unsophisticated youth from an isolated farm along the California coast. He wants very much to be considered a man. On his first trip alone to town, he kills a drunken man in an argument and flees to the mountains, only to succumb to thirst, infection, and the bullets of his pursuers. Critics have interpreted the story as a parable of the journey from youth to manhood. In writing the story, Steinbeck drew on his own experiences growing up in the Salinas Valley to give a vivid portrayal of the arid, rocky mountains east of the valley, which are filled with wild animals and danger. His energetic narrative style gives "Flight" its suspense and dramatic power. Steinbeck's sympathy for the struggles of the peasant against the forces of nature and wealthy landowners, which forms the basis for The Grapes of Wrath and many of his other works, is apparent in this story.

More summaries and resources for teaching or studying Flight.

Flight from Gale. ©2005-2006 Thomson Gale, a part of the Thomson Corporation. All rights reserved.