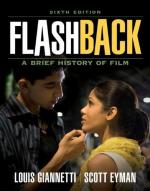 Flashback: A Brief History of Film Topics for Discussion

How would you define the beginning of the moving picture movement in comparison to how the world defines it?

What inventions and discoveries made the most impact on the cinematic movement in the late 1800s?

Describe the situations that caused the rise and fall of the major studios both in the United States and in Europe.

In what manner did the war affect filmmaking in the United States and Europe?

What were the psychological effects of war on the film industry?

Who were the greatest influential actors and producers in the history of film and why do you think so?

Discuss the mechanics of making a film, offering the pros and cons of traditional studio filming versus New Wave methods.

What significant changes has film made in the past decade, and where do you think the film industry is headed?