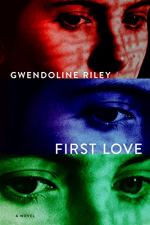 Gwendoline Riley
This Study Guide consists of approximately 54 pages of chapter summaries, quotes, character analysis, themes, and more - everything you need to sharpen your knowledge of First Love.

This detailed literature summary also contains Quotes and a Free Quiz on First Love: A Novel by Gwendoline Riley.

The following version of this book was used to create this study guide: Riley, Gwendoline. First Love. Granta Books, 2017.

First Love is a narrative told only from Neve’s very limited perspective. The entire story remains with Neve and her thoughts, providing readers only a portion of the whole story. The book focuses on the relationships Neve has with other people with a large them related to her ignorance regarding how to make human connections.

The book begins with Neve in Edwyn’s apartment. She has been living there for eighteen months yet most of her things are still in boxes and without a proper place set aside for them. Edwyn is her husband. They are newlyweds and were married by a justice of the peace without an audience or any type of ceremony. Neve is trying to adjust to the very remote and quiet suburb of London where Edwyn’s home is and where she now lives. Edwyn goes off to work each day, and Neve finds herself waiting by the window for his silhouette to appear and move toward their front door. Edwyn has Fibromyalgia along with a previous heart condition. He is in pain every day and uses this as an excuse to say mean and nasty things to Neve. She tries not to take his insults personally since she truly believes his insults are the pain seeping out. He proves himself to be a rather unsupportive partner as Neve struggles with the news that her father has died. She was estranged from him for the last fifteen years, but their unresolved issues before his death haunts Neve and causes her to mourn much more than she assumed she would. Edwyn has no sympathy for her and encourages her remember that everyone dies eventually.

Neve attends her father’s funeral. Her relatives are present and tell Neve about her father’s lifestyle toward the end. He became a rather obese man who stayed at home, reclusive and lived off of a diet of cheese and iPad apps. The family likens Barry O’Donnell to a child, labeling him a selfish and hedonist man even after his death. Neve then flashes back to her childhood and time with Barry. In this section, although readers understand it is a flashback, Riley uses present tense verbs. Neve remembers how her father used to embarrass her and her family on outings. How he used to yell at service workers for the slightest mistake. She recalls how her brother and she felt as they watched Barry overturn tables and thrown pictures off the wall. All the while, Neve never remembers her mother stepping in to stop him. Readers learn of Neve’s mother divorcing Barry when the abuse became too much to handle, and Neve recalls her mother requesting that she remain in contact with her father as a way of keeping the peace. She thinks of the times when her father used to bring them tickets to philharmonic back when she was in college. Every month, Barry would send a ticket to Neve in the mail, requesting a night with her. She played along for a while but eventually Neve asked her father to leave her alone. These are the memories stirred up by his death and why Neve wanted to resolve things with Barry before he died.

Neve remains somewhat close to her mother, however Neve is never truly close with anyone in this story. The women meet for random teas and movies when they have the time. Neve tries to converse with her mother, but the only topic of conversation she is willing to have with Neve is related to all of the men she is going after. Neve realizes that her mother has spent her life jumping from one man to the other, adapting herself to a new suitor each time. She is never provided with a name in this story, so readers are left to refer to her as Neve’s mother with no personal identity or defining name.

The novel jumps from several flashbacks to the next, bringing about a collection of Neve’s memories and experiences that don’t seem to be in any particular order. In Part II, readers find themselves in Manchester with Neve while she lives with Margaret, presumably before she meets Edwyn. She is surprised to receive a text message from a man named Michael Whelan, a musician she slept with for 3 years straight. Neither one of them allowed themselves to call what they had a relationship, but they knew one another for quite a while and spent a lot of time together. Michael has been living in Los Angeles for 5 years and has ignored Neve for that same amount of time. He texts her while she is living with Margaret and requests to see her in London for an upcoming show he is playing. Neve agrees, and Michael waits until they are together to admit that he loves her. Neve rejects Michael’s affection and he is shunned back to L.A. Neve writes him an email the very next day to explain that she loves him too but she has no idea how to love someone. She does not know how to say it and she does not know how to be in a relationship. However, her inaction in London causes Neve to lose Michael forever, presumably losing her first love and placing Michael as the first love related to the title of this book.

Neve reacts to this rejection by running away. She flees from Margaret’s apartment without saying goodbye and winds up renting a flat in Glasgow for no other reason than that she is curious to visit the city. She is melancholy and inconsolable. Neve transforms into a person who does not need people. She gets a job at a luxury soap shop in town and she spends all of her free time alone in her apartment with the landlord’s cat from downstairs. At some point during her time in Glasgow, Neve spends time in France on a fellowship. However, the information about this time in her life is brief, with almost no flashback related to her time or experiences in France.

The next section of the novel jerks readers back a time closer to the present but still in the past compared to the opening chapter of the novel. Part III, the final section of the novel, hones in on Neve and Edwyn and their tumultuous marriage. There is one event in their marriage that neither one of them can forgive the other for. The timing is unclear as to when this happens, but, at some point, Neve went out with friends and got so drunk that she vomited all over the apartment. Edwyn brought her back to the flat, where Neve continued to puke everywhere, and he stayed up all night cleaning up after her. When she regained consciousness in the morning, Edwyn had already packed her belongings and requested her departure. He claimed that he could not take that kind of filth and debauchery in his home. However, Neve vaguely recalled him throwing her drunk body around the night before. She sees bruises all over her body and remembers watching Edwyn drag her around while screaming terrible insults to her about how disgusting she is. This event haunts their marriage. Edwyn brings up her drinking all the time, and he openly admits that he cannot forgive her for what she did to the apartment that night. Neve does not want to allow Edwyn’s continuous punishment but she feels powerless against him. He is ill, after all, and he goes to work to make money for them. She, herself, has no money and feels like she has nowhere to go without him, despite her general lack of interest in being married.

Neve withers down in Part III. The longer she is with Edwyn, the less self-control she feels she has. She spends most of her time and energy trying to treat Edwyn in such a way that he will not snap at her. Neve is successful some days. She learns to give Edwyn his space and leave him alone when he seems agitated. Other days, Edwyn cannot be consoled. It is revealed that Edwyn has been diagnosed with a brain tumor, something he did not disclose to Neve right away. She is shocked to learn this about him and feels that the tumor provides him with even more excuses for the terrible way Edwyn treats her. He admits that he is not a nice person and that he does not have the will to be live let alone be kind to anyone.

The final chapters of the novel remind readers just how limited this story has been with Neve being the only narrator. Edwyn goes through another outburst against Neve, claiming that she is reason why they have problems in her marriage. Edwyn believes that Neve approaches him with contempt because of the abuse she endured with her father years earlier. He claims that she does not trust him and that she takes everything he says offensively all because she equates him with her father. He compares her to a greedy child and reminds Neve that the two of them got married out of convenience and nothing else. He brings to light the fact that their marriage has never been based on affection or passion or intimacy. Neve does not fight back nor does she provide readers with any commentary about her decision to remain silent after these accusations. The novel ends with Neve walking Edwyn to the street. He walks away to enjoy a day off with friends and she stands on the street, watching him disappear into the crowd.

More summaries and resources for teaching or studying First Love: A Novel.