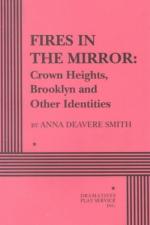 Alex Haley's famous novel Roots (1976), which was adapted into a popular television series by ABC in 1977, dramatizes the life of Kunta Kinte, a black slave kidnapped and taken on the brutal passage from Africa to the United States. The book emphasizes that Kunta never lost his pride and connection to his African heritage.

Angela Davis: An Autobiography (1974) is Davis's compelling account of her early career as an activist, including her imprisonment between 1970 and 1972.

Twilight: Los Angeles 1992 (1993), Smith's next play in her journalistic drama project, focuses on the 1992 civil unrest in Los Angeles following the acquittal of the four police officers who were caught on videotape beating Rodney King. It uses the same format as Fires in the Mirror and has received wide critical acclaim, including an Obie Award.