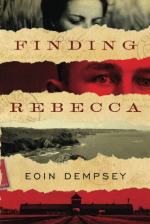 Eoin Dempsey
This Study Guide consists of approximately 68 pages of chapter summaries, quotes, character analysis, themes, and more - everything you need to sharpen your knowledge of Finding Rebecca.

“Finding Rebecca” tells the story of Christopher, a German man, who loves Rebecca, a Jewish girl. The two are separated during World War II after German forces occupy their home of the English Channel island of Jersey. Most of the text is Christopher’s quest to find and save Rebecca from the hands of the Nazi regime.

The novel begins in 1943 when Christopher is an SS officer at Auschwitz-Birkenau, a concentration camp on the Auschwitz complex. For the first two chapters, the reader learns Christopher’s role at the camp, that he despises his role there, and that his one and only mission is to find Rebecca.

Beginning in chapter 3, the story jumps back to 1924 when Christopher and Rebecca meet. They are each 6 years old and meet on a beach near their homes. The two are instant friends, Christopher instinctively wanting to protect Rebecca from the physical and emotional abuse of her father. Rebecca intuitively trusts Christopher and his family to take her in as one of their own. She and Christopher spend almost every day of their childhood together, until they are 15 years old. Rebecca’s father has gotten so abusive that she decides to run away from home. This is Christopher and Rebecca’s first of three separations.

While Rebecca is away, Christopher’s family visits Berlin to see his uncle Uli marry. It is the mid-1930s and the Nazis have begun their reign, as well as their propaganda against the Jewish population. At this point, Jewish persons are not in danger, but the Nazi party’s platform is getting increasingly superior and socialist in nature. Christopher and his family note that Uli is changing little by little, but they stand against any form of hate against one’s fellow man. Christopher dates other women but thinks mainly of Rebecca, which is something his father tried to prevent by hiding letters Rebecca had written to Christopher after she had run away.

Rebecca returns to the island of Jersey in 1938. She is engaged to Jonathan Durrell, the son of a wealthy Jersey man, but breaks it off soon after returning so she and Christopher can be together. She lives with Christopher for a short time until she can rent her own apartment nearby. The two enjoy their relationship, but it is soon overshadowed by the fact that World War II has begun and the German forces come to Jersey in 1940 to begin a five-year occupation.

During the occupation, fear and anxiety rule the island for the main characters, their families, and other residents of Jersey. There are soldiers everywhere, food and daily living material goods are in short supply, and restrictions on Jewish persons become increasingly strict. Rebecca remains optimistic that everything happening is only temporary, and that it will be over before they know it. Christopher and his family, however, especially after hearing from Uli, believe otherwise. Uli explains that the Nazis are just trying to rid the world of the threat of Bolshevism, and once that happens everything will be over. However, the island continues to experience a sense of daily fear.

Eventually, all Jewish persons on the island of Jersey are required to register with the Chief Aliens Office. Rebecca and Christopher decide that Rebecca will not register, not because she’s not proud to be Jewish but because they want her to remain safe. Christopher and his father are coerced into taking a role as liaisons between the German occupying forces and the people of Jersey, as they are the only German-born citizens on the island. Their new role alienates them from some of the island folk, but it also puts them under the watchful eye of the German forces, who come to find out that Christopher is dating Rebecca, an unregistered Jew. She is then forced to register, and Christopher and his father are forced to resign from their position as liaisons.

Though nothing happens immediately after Rebecca registers, within six months her fate is known: all Jews are to be deported from Jersey. They are being sent to concentration camps in various territories taken over by the Nazi regime. In February 1943, Christopher and Rebecca are separated for a second time.

Later in 1943 (the exact time is unclear), Christopher becomes an SS officer stationed at Auschwitz-Birkenau, a concentration camp on the greater Auschwitz complex. He takes the position as a way to find and save Rebecca, but upon his posting learns of the realities of the concentration camps: mass murder of hundreds of thousands of Jewish persons. Christopher is disturbed and disgusted with what is going on, and therefore takes on two additional missions during his tenure at Auschwitz-Birkenau: Christopher protects more than 600 female prisoners in his charge from the SS’s brutality; and he saves more than 100 children from immediate death by arranging for them to be transported to a convent outside of the camp. Christopher siphons some of the currency collected in order to bribe other officers to help him with his pursuits, one of which is finding Rebecca. However, what he thought would be Rebecca’s train was actually her father’s train. Upon arrival, and in private conversation, Mr. Cassin tells Christopher that Rebecca was executed when she stood up for a fellow prisoner at their camp. Christopher’s new policies, such as a ban on executions and more human punishment practices, draws skepticism from his superiors and his comrades, but he is nonetheless determined that the prisoners under his command be treated with more dignity than before he arrived.

Christopher’s time at Auschwitz ends within a year, though the reader does not know exactly when. After he has arranged for the transfer of two of his least favorite SS officers, the portion of the story taking place at Auschwitz . The reader is then brought to 1954 when Christopher is doing a radio interview about the lives he saved as an SS officer. Christopher is uncomfortable with the accolades, but carried on with the interview out of politeness. However, when he sees Rebecca through the window of the radio station, he goes silent, as he is stunned to see the face of the woman he loves and whom he thought was dead.

Rebecca and Christopher spend the rest of the evening talking, first in a walk around the park then, after he completes his radio interview, over dinner at his hotel. Rebecca speaks of her life in and since the concentration camps, and how she wants to live a life that may redeem all the lives lost during the Holocaust. She is married to a man named Ari, and both of them work for the Israeli government bringing justice to those involved in murdering Jews during the Holocaust. Part-way through their conversation, Rebecca seems to regret coming to see Christopher, but ultimately decides it was good to see each other and clarify some misunderstandings. She is glad to know that Christopher was only an SS officer in an attempt to save her, and she is especially glad that he used his time there to save hundreds of other lives. Rebecca also speaks of the forgiveness she has extended to her father and to the Nazi party and its part in the Holocaust. Christopher is amazed at her strength, and seems to love her just as he always has.

Christopher speaks little of his time at Auschwitz, as he is ashamed that he wore the uniform in the first place. He is comforted to know Rebecca is alive and that she is doing well, though he wishes she could stay with him. Christopher also speaks of his daughter Hannah, whom he adopted right out of the Auschwitz camp. Hannah was the last child he saved, and when her family could not be located, he decided she would be his daughter. After their several hours together, Rebecca goes back to Tel Aviv and Christopher back to Jersey, thus the two separate for the third time.

Two months later, Christopher is at home with his family when his daughter Hannah gives him a note addressed to him that was hand-delivered. As soon as he sees the note, he knows it’s from Rebecca. She is down at the Butterfly’s Table, a portion of the beach she and Christopher named when they were children. Christopher rushes down to the beach where Rebecca is waiting for him. The novel ends with Christopher seeing Rebecca from afar. No words are exchanged, but the reader can presume that Rebecca is there to spend the rest of her life with Christopher, as the two had always intended.

More summaries and resources for teaching or studying Finding Rebecca.