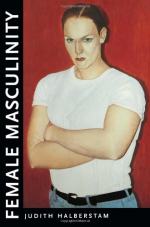 Leslie Feinberg’s novel, Stone Butch Blues, follows the experiences of Jess Goldberg, a stone butch, as she traverses Upstate New York in the 1940s and 50s. Halberstam often turns to Stone Butch Blues to illustrate the tribulations of being a butch who passes as male in gender binarist spaces, the legitimacy of being “stone,” and the identities of transgender people.

The Well of Loneliness

The Well of Loneliness is John Radclyffe Hall’s most well-known novel and is also often considered one of the most well-known examples of lesbian literature, despite the protagonist, Stephan Gordon, identifying as an invert rather than a lesbian. The novel is somewhat controversial in lesbian feminist circles because Stephan Gordon is specifically male-coded, seeming to imply that lesbian relationships need to be modeled after heterosexual relationships.

Tomboys are masculine girls who have not yet reached adolescence. This pre-pubescent...