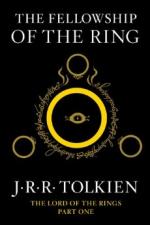 The Fellowship of the Ring Summary & Study Guide

J. R. R. Tolkien
This Study Guide consists of approximately 29 pages of chapter summaries, quotes, character analysis, themes, and more - everything you need to sharpen your knowledge of The Fellowship of the Ring.

The Fellowship of the Ring Summary & Study Guide Description

The Fellowship of the Ring Summary & Study Guide includes comprehensive information and analysis to help you understand the book. This study guide contains the following sections:

This detailed literature summary also contains Topics for Discussion on The Fellowship of the Ring by J. R. R. Tolkien.

J.R.R. Tolkien's novel The Fellowship of the Ring is the first book of his infamous three volume series collectively known as The Lord of the Rings. The Hobbit can be included in the series, but anyone may begin by reading The Fellowship. The prologue sets up an introduction into the fantastic world and acts as a fill-in guide for those who have chosen not to read The Hobbit. The novel is told from a third person point of view and can be quite anthropological at times, giving detailed histories and descriptions. The books highlight an epic adventure set in the fictional world of Middle-earth.

The backstory that sets up the plot of The Lord of The Rings begins in The Hobbit. Within the account, Bilbo Baggins, a Hobbit-- a race of creatures that stands two to four feet tall and are considered jolly and well-meaning-- finds a dangerous ring in the cave of Gollum, a decrepit creature who killed his brother to get it. He takes it back to the Shire, home of the Hobbits. Bilbo is blissfully unaware of the dangers of the Ring and knows only that it makes him invisible. The Fellowship of the Ring takes up the tale at Bilbo's 111th birthday. After throwing a large party in honor of his birthday, Bilbo disappears and makes arrangements to leave the Shire forever. He is supposed to leave the ring for his adopted nephew, Frodo, but is reluctant to part with it. When his friend Gandalf asks him to leave the ring as he promised, he grows angry and lashes out. After much debate, Gandalf convinces Bilbo to leave the ring behind.

Gandalf suspects that the ring is evil and leaves the Shire for many years in search of information. He finds that the ring belongs to Sauron, the Dark Lord who lost the one ring that contains almost all his power. He intended to use the Ring to enslave all the people of Middle-earth. After confirming his fears, Gandalf tells Frodo to take the ring away from the Shire due to Sauron's increasing power.

Frodo immediately takes to the road with his friends Sam, Merry, and Pippin. They are pursued by Black Riders, a disguise of the nine Ringwraiths who are servants of Sauron. They spend their first night in the company of Elves who promise to send word to help protect them on their perilous trek. Just a few miles into their journey, the hobbits get lost in the Old Forest. They encounter an evil willow tree which ensnares Merry and Pippin and swallows them up. Tom Bombadil, the oldest creature in Middle-earth, rescues them.

After this adventure, the hobbits travel to Bree where they meet Aragorn, widely known as Strider, heir of the kings of the ancient men of Westernesse and friend to Gandalf. During their stay in Bree, Frodo falls during a song performance and accidentally slips the ring on his finger, vanishing and causing a scene. Aragorn warns the hobbits to keep away from the inn for the night and in doing so, he saves their lives. They then head to the Rivendell, Realm of Elves. During their journey they are confronted by the Black Riders. During the battle, Frodo is badly wounded by a magical weapon made by Sauron's servant. Aragorn becomes worried about the power that the wound holds over Frodo. As the company approaches Rivendell, they are met by Glorfindel, the lord of the Elves, who leads them forward. At the ford, they encounter the Black Riders and Frodo is placed on a white horse that is able to outrun them. The Black Riders are swept away in the river by a flood created by Glorfindel.

Frodo wakes to find himself in Rivendell with Gandalf at his bedside. Elrond has healed him. He is also reunited with Bilbo, who is now staying in Rivendell. Elrond holds a council to discuss what should be done with the ring. Frodo volunteers to take the ring to be destroyed in Mordor, the place it was created. A fellowship is created to accompany him on the journey including Sam, Pippin, Merry, Gandalf, an Elf named Legolas, two men-- Aragorn and Boromir, and Gimli, a Dwarf. They all travel south, passing through great dangers on their way. They take the path of the Misty Mountains where they are almost defeated by the massive amounts of snowfall and an attack by a strange wolf-pack.

Gandalf suggests they change their course toward the mines of Moria-- an ancient underground world in which the Dwarves once dwelled. Upon arrival, they are met by Orcs, more servants of Sauron. They all fight valiantly, especially Gandalf who fights a terrible demon known as a Balrong. While escaping the mines, the Balrong ensnares Gandalf and the others are forced to leave him behind.

The rest of the fellowship continues to Lorien where they are met by Elves led by Lady Galadriel. When they arrive at the heart of her kingdom, she tests their hearts and lets them rest there until they are ready to travel again. Lady Galadriel allows Frodo and Sam to look into her magical mirror, which shows them events of the past, present, and future. Everyone who looks in sees something different. When Frodo glances inside, he sees a huge eye that is searching for him constantly. Frodo realizes that he is searching for the one ring. Lady Galadriel wears one of the three rings that Sauron gave to the Elves in the old days. Moved by her wisdom, Frodo offers her the ring so that her beloved country will not come to ruins. She bravely refuses, knowing that even if she hopes to do good, the ring will corrupt her and make her just as evil as Sauron. Lady Galadriel gives each member of the fellowship a parting gift.

When they leave the beautiful forest of Lorien, the fellowship travels down the Great River. They realize that Gollum-- the creature that once owned the ring-- is following them. He seems to be working for Sauron. After facing more Orcs as they travel down the river, the fellowship arrives at Rauros where they must decided what course to take-- east toward Minas Tirith or west toward unknown dangers to destroy the ring. Frodo decides to take a walk alone to clear his mind and comes to a conclusion about what path he wants to take. Boromir, drawn by the power the Ring holds, follows him. He wants the ring for himself and tries to take it from Frodo; but Frodo uses the ring to vanish and run away. When he does, he sees the Great Eye that is constantly searching for the ring. After some effort, he takes off the ring and decides that he must complete the journey alone. Sam realizes what Frodo is up to and joins him on the boat as they set out toward Mordor.

The Fellowship of the Ring from BookRags. (c)2022 BookRags, Inc. All rights reserved.