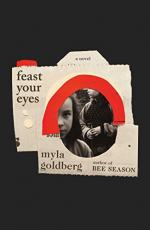 In pages 265 - 323, Danny starts staying over with Jane. Though he just wants to hang out, Jane is eager to become more intimate. During a hospital visit, Lillian tells Jane to use a condom. Jane says she is going to start taking the Pill. Eventually Danny tells Jane he wants to marry her when she turns 18.

One day, Lillian tells Jane they will are moving to Ohio to be closer to the best treatment in Detroit. She says Mr. Wythe has been helping her so she can leave something behind for Jane. Jane does not understand. Jane tells Danny about the move. Together they pack up Lillian's negatives. Danny drives the boxes to Cleveland.

In "Cleveland, 1970-76," Dot takes good care of Lillian. Walter is weaker than expected. On a drive he and Lillian have their first real conversation. He tells her he...