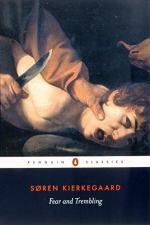 Important People in Fear and Trembling

Soren Kierkegaard was a nineteenth-century Danish philosopher and theologian, and is widely considered to be the father of existential philosophy. He was born in Copenhagen, Denmark in 1813 and spent most of his life there, traveling abroad only a handful of times in order to visit Berlin and Sweden. He studied philosophy and theology at the University of Copenhagen and was a staunch critic of both state-sanctioned religion and idealist philosophy, especially that of G.W.F. Hegel. He wrote extensively, playfully, and satirically on the topics of despair and anxiety, faith and individuality, and argued for an infinite qualitative distinction between God and humanity. He died in Copenhagen in 1855 at the young age of 42 and continues to exert a tremendous amount of influence upon philosophy in general and Protestant theology in particular.