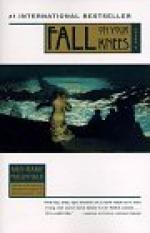 Fall on Your Knees Summary & Study Guide includes comprehensive information and analysis to help you understand the book. This study guide contains the following sections:

This detailed literature summary also contains Topics for Discussion and a Free Quiz on Fall on Your Knees by Ann-Marie MacDonald.

Fall on Your Knees is the story of the Piper family. Based in a small Canadian town in the late 1800s through the mid-twentieth century, the novel tells the story of the relationships between the father James, his wife Materia, and their three daughters, Kathleen, Mercedes, and Frances. James' obsession with his eldest child Kathleen affects the entire family for many years to come.

James meets Materia Mahmoud when he goes to fix her family's piano. The two fall in love and elope, much to the dismay of Materia's father, who disowns her. They move into a home and quickly have their first child, Kathleen. James grows enchanted with his young daughter and her singing ability. He quickly devotes a lot of time in preparing her to become a famous singer. Materia feels no motherly love for Kathleen, no matter how much she tries, and worries about the amount of attention James pays to their daughter. They have two more daughters, Mercedes and Frances, who bond much more easily with Materia. After beating Kathleen and then becoming aroused by her, James decides to leave home until Kathleen is old enough to go to New York for voice lessons. He enlists in the military and is shipped overseas to France. When he returns from the front, he sends Kathleen to New York and has her stay with Giles, a spinster cousin. After several months in New York, Kathleen falls in love and James finds out by way of an anonymous letter. He brings her back home. Nine months later, she dies while giving birth to twins.

Frances takes the newborn babies and baptizes them in the creek, only to have one baby, a boy, drown. The daughter, Lily, survives but contracts polio. Two days after Kathleen is buried, Materia dies as well, leaving Mercedes to help James raise Frances and Lily. Lily is being passed off as James' and Materia's child. Frances and Lily spend hours playing together and Frances tells Lily stories about Ambrose, her twin brother who died and is now her guardian angel. Mercedes graduates from high school but stays home instead of going away to college. Frances is expelled from school and winds up working at a speakeasy run by her uncle Jameel. She spies Leo Taylor, Kathleen's former driver, working with James and decides he must be the father of Kathleen's children. Frances sets up an elaborate plot to seduce Leo and become pregnant by him. His wife, Adelaide, threatens Frances but she tricks Leo into taking her to an abandoned mine where she seduces him. When Teresa, the Mahmoud's former maid and Leo's sister, finds out what Frances has done, she shoots her in the stomach. Frances survives and forgives Teresa. She has a baby boy who she is told has died a few days after birth. Instead, Mercedes sends the infant away to be raised in an orphanage. When Frances returns, home she and James become closer and he tells her the truth about what happened to Kathleen. Before he dies, James gives her Kathleen's diary, which tells the story of Kathleen's adventures in New York. Frances gives the diary to Lily along with cash so she can find out what happened to Rose Lacroix, Kathleen's friend and lover in New York. Lily makes the long journey to New York and finds Rose, who lives as a man and has become a famous musician. After Frances' death from a long illness, Mercedes leaves information for Anthony, Frances' son, so that he can find Lily and Rose and find out more about the Piper family. When he arrives in New York, Lily instantly knows who he is and begins to tell him all about Frances.