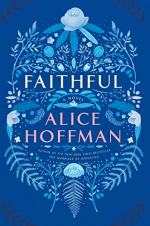 Alice Hoffman
This Study Guide consists of approximately 85 pages of chapter summaries, quotes, character analysis, themes, and more - everything you need to sharpen your knowledge of Faithful.

This detailed literature summary also contains Quotes and a Free Quiz on Faithful: A Novel by Alice Hoffman.

The following version of this book was used to create this study guide: Hoffman, Alice. Faithful. Simon and Schuster, 2016.

This novel opens with the image of memorial candles being lit along the side of a highway and a girl named Shelby Richmond barely surviving her life as a depressed hermit in her childhood home. She has recently graduated high school, but in her short time as a graduate Shelby has endured a near-death car accident, the loss of her best friend, a suicide attempt, institutionalization, repeated rapes, and the throbbing ache of worthlessness associated with clinical depression. Months prior to the start of the novel’s story, Shelby lost control of her car on an icy patch and crashed, resulting in a near death experience for her and an injury for her best friend, Helene, that left her in a vegetative state with no hope for waking up. Shelby is lost and alone. She feels responsible for ruining her friend’s life and she intends to spend the rest of her life paying penance for what she has done. People in the town have abandoned her. No one speaks to her now that Helene is sitting motionless in her bed and her classmates have all gone off to college without her. Shelby is at rock bottom. She shaves her head as a sign of her troubled feelings and she only leaves the basement late at night when she is sure to have the entire town all to herself. Shelby’s mother, Sue, often drives through the town calling out for her daughter in a desperate attempt to keep her crumbling family of three somewhat together.

Shelby is now at home with her parents, but, prior to the book’s opening, she was staying at a mental hospital. Shelby’s mother found her with slit wrists and called for help. She decided to leave her daughter in the hospital to receive treatment. However, Shelby found herself unable to speak about her survivor’s remorse related to the accident so she does not receive much help after all. While there, an orderly capitalized on her silence by raping her in a storage closet. She was hopeless until the day she received a mysterious postcard in the mail. The card simple stated, “Say something,” and Shelby used her newly found smidgen of courage to tell her mother about the sexual assault she was enduring. Sue immediately removed her from the hospital. This calamity of events is what leads Shelby to feeling as depressed and worthless as she does from the start of the book. Besides looking at the stars at night, Shelby’s only comfort is in smoking marijuana with her dealer, Ben Mink. They went to elementary school together, but now they spend time talking in private about college and Shelby’s messed up psyche.

Ben reveals that he hopes their friendship will blossom into something more. He asks Shelby to be his girlfriend and he eventually asks her to move with him to New York City while he attends pharmacy school. Shelby agrees to go along with him because she is bored and knows that she must get a change of scenery if there is any hope for her recovery. They move to a tiny apartment in the city and live together. Ben is madly in love with Shelby and showers her with encouragement, while Shelby rejects all support and affection he sends her way. Shelby shows gradual signs of improvement in her new life. She gets a job at a pet store, she makes a friend who works with her, and she allows her hair to grow out. Her hope is slowly restored through a combination of her mother’s endless support, Ben’s constant encouragement, and the infrequent arrival of the postcards with various messages of instruction.

Shelby discovers that she becomes well enough to focus on wanting to help other living things in need. She comes across two dogs being used as pons in a scheme that brings homeless beggars more money. They are drugged and starved, and their sad images make Shelby desperate to help. She steals the dogs and brings them home, where Ben reluctantly but happily accepts his new companions, The General and Blinkie. Shelby continues to find her own inner power and satisfaction by helping creatures in need. She babysits her coworkers for a week, completely convinced that she is unqualified to care for young people. However, Shelby does an amazing job and establishes connections with Maravelle’s children: Jasmine, Dorian, and Teddy. Shelby is incapable of seeing herself as the capable and healthy woman others see her as, but, despite her personal resistance for self-acceptance, Shelby finds herself surrounded by loved ones who depend on her for strength, support, and wisdom.

Shelby tires of her passionless relationship with Ben Mink and breaks up with him to continue her affair with a married veterinarian named Harper Levy. Harper turns out to be an untrustworthy man with several mistresses, so Shelby winds up single and yearning to be back with Ben who no longer wants a relationship with her. Now she must learn how to be successful on her own. It is during this time period when Shelby attends Hunter College with the secret aim of becoming a veterinarian. She spends her time studying and caring for her dogs, which helps to make her feel like a worthy citizen in the world. Shelby also re-establishes her lifelong affection and respect for Sue. Her mother stood by her through even the darkest times, and Shelby feels that she never fully thanked Sue for her unconditional love and support. She learns that her mother has maintained a positive attitude despite having a daughter with severe depression, a husband who habitually cheats on her, and a form of cancer that is killing her. Shelby puts her fast-paced life on hold to spend the final months of her mother’s life with her. The women bond in a closer way than they have ever had the chance to before, and Shelby is finally able to recognize how luck she has been to have Sue with her throughout her suffering and attempt to control her mental illness.

After Sue dies, Shelby retreats back to a feeling of being lost. She decides to attend veterinary school in California and wants to leave the New York area in the hopes that she will find a fresh start less haunted by her guilt about the car accident with Helene. She impulsively decides to get a tattoo before she leaves, and she enters a tattoo shop in her area only to discover that the artist is James Howard, a former classmate from the fourth grade. Shelby notices that James’ tattoo says the same phrase as her last postcard: “Trust someone”. She instantly realizes that James is the person who has written her those lifesaving postcards all these years. Shelby considers James to be her angel, and the two fall madly in love with one another in just a short time.

Shelby knows that this is the man she wants to be with, and she has no doubt that the two of them will help one another move on from their past traumas. Like Shelby, James suffered a trauma in his childhood. His brother drowned while they went swimming together, and James has never been able to forgive himself for what happened. Shelby and James establish a strong bond in their relationship that is based on helping another heal from their past traumas. The novel finishes with Shelby visiting Helene in an effort to find closure and forgiveness. James tries his best to forgive himself for his brother’s death, and the two of them begin a cross-country journey from New Jersey to California. These once-burdened souls are now in love and hopeful for their bright futures to come.

More summaries and resources for teaching or studying Faithful: A Novel.