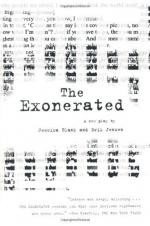 Do you support capital punishment? Write an essay in which you examine the arguments for and against the death penalty. Give reasons for the position you take.

Make a class presentation in which you advocate for or against the death penalty. Take a poll before and afterwards to see if your presentation has caused any of your classmates to change his or her opinion.

Since 1976, about 34 percent of people executed in the United States have been African American, three times the proportion of African Americans in the population. Almost 42 percent of current inmates on death row are African American. Investigate the influence of race on death penalty cases and make a class presentation with your findings.

Create a courtroom scene in class. A defendant has been found guilty of murder and may face the death penalty. Describe the basic facts of the...

The Exonerated from BookRags. (c)2023 BookRags, Inc. All rights reserved.