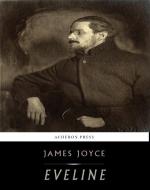 1900: Dublin is second to Belfast and is firmly under English rule with Catholics in an oppressed majority.

Today: Dublin is the capital of independent Ireland, non-inclusive of Belfast and the northern counties that remain part of the United Kingdom.

1900: Having endured a century of economic decline, Dublin's unemployment is massive and prospects are bleak. Although many Protestants enjoy relative prosperity, the Catholic majority in the city are poor and live in overcrowded districts, and the city has an extremely high infant mortality rate.

Today: Ireland has the fastest growing economy in Western Europe and is held as a worldwide model for dramatically improved social conditions. Dublin is at the center of it all, with a high level of education and job prospects that have attracted a large immigrant population.

1900: Ireland has a very religious culture. Christian Christian values are pervasive in legal and social...