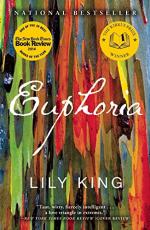 Anthropology is the study of human society and culture. A relatively new science, one branch tends to focus on the examination, consideration, and interpretation of the lives, ways, and practices of tribal, indigenous cultures such as those portrayed in “Euphoria”.

The Indigenous Tribes of New Guinea

The novel’s three central characters – Bankson, Nell, and Fen – are involved in the study of several indigenous cultures settled along the Sepik River in New Guinea. As the novel begins, Fen and Nell have just left their work with the violent Mumbanyo tribe, which has a historical relationship with the Kiona tribe, which has been studied by Bankson. Other tribes referred to in the narrative include the peace-loving Duro and the Tam.

This is the indigenous tribe given the most narrative attention by the book: or, more specifically, the tribe researched by Fen and Nell. The Tam...