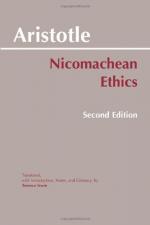 Linda Pastan
This Study Guide consists of approximately 27 pages of chapter summaries, quotes, character analysis, themes, and more - everything you need to sharpen your knowledge of Ethics.

"Ethics" appears in Linda Pastan's sixth volume of poetry, Waiting for My Life (1981), a title that hints at the tensions for which the New York-born poet is best known: the challenges of living in that "waiting" place between the magic and the tedium of the ordinary; between the artistic and the domestic life; between the rewards and the losses of aging and death. A kind of "aesthetic ethic" itself emerges from the body of her poems, one proclaiming that simple language and images of the ordinary are especially capable of bearing mystery and of resisting easy answers.

"Ethics" itself embodies this resistance. The poem takes shape first in a memory from school days and is then bridged, through images of frames and fire, to an understanding acquired in the poet's older years. The question the ethics teacher poses "so many years ago" is unanswerable partly because it is not "real"; the students answer it "halfheartedly," at best. Having posed a hypothetical fire in a museum, the teacher wants the students to make a clear choice, between saving "a Rembrandt painting / or an old woman who hadn't many / years left anyhow." The surprising answer for the poet arrives years later, in a "real museum," as the poet stands "before a real Rembrandt."

Several readers have noted Pastan's similarity to the nineteenth-century poet Emily Dickinson. Both share an ability to express complexity and mystery in the language of domestic life. However, unlike Dickinson, Pastan has struggled with the issues of raising children and being married. Pastan is a poet of the home even while she is clearly in the world. "Meditation by the Stove" shows she has trained her eye on the realities of her own life:

... I have banked the fires of my body into a small domestic flame for others to warm their hands on for a while.

However, she has also looked up and out of her home into the "darkness of newsprint." In "Libation, 1966," the sacrifice of young men to the Vietnam War reminds her of cruel, ancient rituals:

They dance as delicately

as any bull boy

in a green maze,

under a sky as hot as Crete.

The ethics of being an artist in the world is of concern to Pastan, a world where what one "saves" is crucial, but not simple.

More summaries and resources for teaching or studying Ethics.

Ethics from Gale. ©2005-2006 Thomson Gale, a part of the Thomson Corporation. All rights reserved.