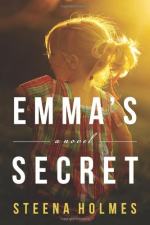 An old woman named Dottie picks up a little girl named Emma who is wandering through the neighborhood alone. The girl has a stuffed lion. She reminds the woman of her own daughter Mary. Jack, the old woman’s husband, is confused when she brings the little girl home. The woman believes it is a second chance from God. Meanwhile, Emma’s mother Megan dreams that her daughter has never been kidnapped. In her dream, her husband Peter and their daughters, Alexis and Hannah, are present. But, reality is much different. Since Emma’s disappearance, things have gotten worse. There is a growing distance between Megan and Peter.

The story moves forward to Emma being home again after a two year absence. It is taking time for her to adjust to normal life outside the country farmhouse where she lived with the...