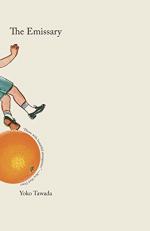 Yoko Tawada
This Study Guide consists of approximately 37 pages of chapter summaries, quotes, character analysis, themes, and more - everything you need to sharpen your knowledge of Emissary.

This detailed literature summary also contains Quotes and a Free Quiz on Emissary by Yoko Tawada.

The following version of this book was used to create the guide: Tawada, Yoko. Emissary. New Directions, 2018.

In Yoko Tawada's most recent novel The Emissary, she explores the hypothetical implications of a dystopian Japan dislocated from the outside world. Through the story of Yoshiro, his wife Marika, and great-grandson Mumei, Tawada attempts to navigate a culture restricted in time and space from exterior cultural influences.

This third person narrative moves between the points of view of Yoshiro, Marika, Mumei, and his teacher Yonatani, creating a complex layering of memory and imagination. While the narrative is not driven by major events, shifts in time allow the novel to explore the terrain of past and present day Japan.

The novel opens with a morning in Yoshiro and Mumei's home. As Mumei dress and Yoshiro prepares his great-grandson's breakfast, the narrator recedes into Yoshiro's meditations on the evolution of language and memories about the Japan he used to know. Though Yoshiro's life is small, he relies on his visits to the bakery and the postcard shop to create daily rituals on which he believes he can depend. Because his wife Marika lives faraway in the institution she runs for orphans, Yoshiro spends the majority of his time caring for his ailing great-grandson.

The narrative is therefore consumed by Yoshiro's concerns over Mumei's wellbeing, as he watches the young child grow weaker and weaker. After Japan closes its borders, the culture becomes more and more restricted, forbidding everything from travel to the use of foreign words. Yoshiro longs for his former friends and a language on which he could rely. He struggles throughout the novel as a writer and linguist, feeling limited by societal restrictions and his preoccupation with memory and anxiety.

When the point of view shifts behind Mumei's experience, the reader gains access to a different vantage of Yoshiro's world. Though Mumei is quite young he seems to possess an awareness of worlds beyond his own. The passages devoted to his consciousness assume an almost magical realism quality as they drift into ethereal and otherworldly realms. Similarly, when the narrative moves into Marika's perspective, the reader learns more about Yoshiro's familial past and begins to understand how unique and special Mumei really is.

Through each perspective, the author explores the ways in which the government's manipulation of its people's agency effects the individual's sense of meaning and purpose. Towards the end of the novel, the point of view shifts once more behind the lens of Mumei's teacher Yonatani. Like the other adults in the novel, Yonatani recognizes Mumei's exceptionality and hopes to select him as an emissary.

After Mumei has a transcendent experience during a geography lesson, consumed by the notion that his body is one with the map, the narrative flashes years into the future. Having lost all mobility, Mumei is confined to a wheelchair at the age of 15. This physical limitation, however, does not impede the capacities of his intellect and imagination. Having recently been chosen as an emissary by Yonatani, Mumei continues to dream of leaving his old life and discovering a world beyond it.

More summaries and resources for teaching or studying Emissary.