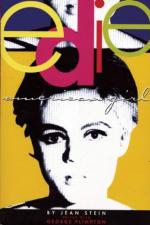 What reaction might Judge Sedgwick have had to Edie's activities?

What actions might Edie's family have taken to save her from her addictions?

Do you think Andy Warhol was to blame for Edie's addictions? Explain.

Do you think it's possible for a place like The Factory to exist in today's world? Discuss.

Do you feel that Edie's contribution to The Factory, film and modeling was justified? Explain.

If Edie hadn't died at such a young age, what do you think her life would have been like at age 40? Age 50?

Why do you think Andy Warhol was so famous?

Do you think Edie's death was an accident or a suicide caused by a deteriorated mental state? Discuss.