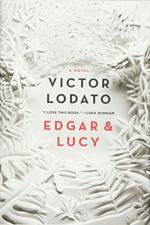 Victor Lodato
This Study Guide consists of approximately 111 pages of chapter summaries, quotes, character analysis, themes, and more - everything you need to sharpen your knowledge of Edgar and Lucy.

This detailed literature summary also contains Quotes and a Free Quiz on Edgar and Lucy by Victor Lodato.

The following version of this book was used to create this study guide: Lodato, Victor. Edgar and Lucy. Harper Collins, 2018.

This novel is classified in the romance section, but it is an untraditional story centered on the many types of love one can feel and how each form of romance can rebuild or destroy the people who experience it. Author Victor Lodato presents readers with an eight-year-old protagonist named Edgar. Edgar is an albino with no friends, a dead father, an absent mother, and an overly doting grandmother. Edgar’s story is told from the perspective of a distant third person narrator who delves into each characters’ mind as they attempt to navigate life after a heartbreaking suicide. The narrative is divided into seven books, and each book contains an unset amount of named and numbered chapters within them. The story is mostly in the present day, when Edgar is eight-years-old, and uses present tense verbs to describe events in the story. There are periods of flashbacks, however, and these are also told with present tense verbs despite the obvious shift in timeline. Both the point of view and the verb tense alters toward the end of the book. The final page of Book Six sees a sudden shift away from a third person, objective point of view to Edgar’s limited first person point of view told in the past tense. Book Seven concludes the book and continues from Edgar’s first person, past tense point of view. In Book Seven, readers follow Edgar into old age with Victor Lodato providing readers with the full scope of Edgar’s life as he navigates the world through “Edgar and Lucy.”

The novel opens with Edgar spending time with his mother, Lucy, as she gets ready to go out. His mother leaves and Edgar is disappointed to lose her for the night, forced to spend the evening alone with his grandmother. Readers quickly find out that this scene is anything but ordinary. Lucy goes out every night. She leaves the house in search of alcohol and men and a way to numb her grief over her dead husband. Edgar knows his mother leaves too often, but he is too young to fully understand his mother’s reasons. Edgar’s grandmother, Florence, knows exactly where her daughter-in-law goes. Readers are immediately introduced to the Fini family, consisting of a child who wants to know about his deceased father and adults who are not yet capable of talking about the dead man. Edgar wants to know about his father Frank. He wants to know the history of his father and how his father died, but none of the adults in his life will tell him. This causes Edgar to feel alienated in his own family, prevented from learning the truth about who he is and where he comes from.

The narrator takes readers into the minds of all the characters. Frank’s death was a suicide. He drove his car off of a high bridge and no one was ever able to recover his body. Lucy loved Frank with a deep and passionate love, but she was unable to save Frank from his lunacy. Florence loved her son dearly but did not try to save him because she spent his life in denial about his troubled state of mind. Frank’s father, Pio, refused to believe his son was crazy, preferring instead to believe Frank was a lazy embarrassment. Readers enter into the Fini family after it has been destroyed by individualized grief over Frank’s suicide and as young Edgar is desperate for a male role model.

Lucy chooses to remain absent in Edgar’s life. She never wanted to be a mother and she does not want to become one now that the love of her life is gone. Pio died before the book begins, which leaves Florence alone to take care of Edgar. She loves him dearly and does her best to be a doting mother. Her fears related to keeping Edgar alive manifest into overprotectiveness, which leaves the albino Edgar friendless and socially awkward. Florence loves parenting Edgar, but she resents Lucy for putting her in a position where she is the only caretaker for the boy. Florence does not hide the fact that she is disgusted by Lucy’s behavior as a widow and that she feels her promiscuity with other men disgraces her marriage with Frank. The two women bicker and pick one another apart. They have their largest fight the night before Florence dies, leaving Lucy without closure and with the responsibility of parenting.

Florence’s death changes Edgar. He not only mourns the loss of his beloved grandmother he also mourns the loss of his safe and protected childhood. Edgar is very aware of his mother’s inability to parent. He knows he will be left on his own now, and Edgar feels he is too young to be left with such responsibility. He tries giving Lucy a chance to be a mother, but she fails. Edgar ventures off angrily in search of an adult who will care for him in a way that Lucy will never be able to. It is around this time when Edgar meets a mysterious man named Conrad. The man appears in Edgar’s life at opportune yet random times, and it is always when Edgar needs a caretaker or defender. He calls Conrad and asks to meet, but Edgar does not know that Conrad places himself in the boy’s life for sinister reasons. He kidnaps Edgar and takes the boy to his family’s cabin in a remote area. Conrad treats the boy nicely to the point where Edgar is not fully convinced he is a captive. Readers learn that Conrad is a troubled man who is haunted by the guilt of accidentally killing his son in a hunting accident while staying in that very cabin. He brings Edgar to the cabin with the intent of somehow getting Edgar to kill him in the same way Conrad killed his son. Lucy discovers her son is missing and grows anxious as the police get involved and nine months goes by without a trace of her son.

The two spend so much time together that the each grows to love the other. Conrad understands that he could never place Edgar in a position where he must live with the guilt of killing him, and the two appear as close as a father and son. Everything ends when Conrad allows Edgar go out in public with him. Edgar freaks out in a busy parking lot. By this time, Edgar’s disappearance is common knowledge, and Conrad knows he will be caught and tried for kidnap if he remains alive. He kills himself by jumping off a boat with an anchor tied to his ankles, and he leaves Edgar floating safely out to sea where a boat rescues him and takes him back to his mother. Edgar remains with Lucy, and he grows up in a family where his mother is remarried to a nice man and they have a daughter named Emma.

Book Seven, the final section of the novel, thrusts readers into Edgar’s late years. Conrad bequeathed the cabin to Edgar, and he returns there in his old age. Everyone else in Edgar’s life is dead, and he himself dies while staring up at the sky as a star dies as well.

Author Victor Lodato uses the memory of Frank’s suicide to delve into one family’s struggle to survive as they each grieve separately and not together. The adults are riddled with grief and haunted by memories, wondering if love is even worth it. Meanwhile, Edgar is left alone in his confusion about his father, his need for a parent, and his grief over the loss of Florence. Lodato uses beautifully dark imagery of related to death and ghosts yet presents it surrounded by the redeeming quality of love for any individual willing to dole it out and to remain open enough to receive it.

More summaries and resources for teaching or studying Edgar and Lucy.