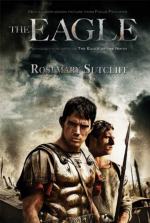 Rosemary Sutcliff wrote two other novels that continue the story of Marcus Flavius Aquila's family and the Roman occupation of Britain. The Silver Branch tells the story of the Saxon threat to Roman peace in Britain and of the fate of Justin, who disappoints his father because he chooses to become a surgeon rather than a warrior. Like Marcus, he has a flaw for which he must compensate: he stutters and is not comfortable dealing with people. In The Lantern Bearers Aquila, too, has a flawed personality and has isolated himself from human warmth. In each of the three novels a young man must ask the question, "Who am I?" The novels all address themes that remain relevant today as they celebrate honor and loyalty.