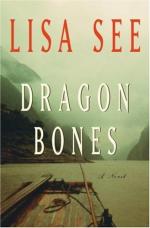 Lisa See
This Study Guide consists of approximately 54 pages of chapter summaries, quotes, character analysis, themes, and more - everything you need to sharpen your knowledge of Dragon Bones.

"Shu Ching: Book of History" is one of the oldest books known to man, having been written between 2357 BC and 631 BC. The collection of speeches, cannons, and other writings is vital to Eastern thought and culture, and while shrouded in myth, it also contains much of China's historical record.

The Cultural Revolution was a violent movement in China that resulted in social and political chaos in the 1960s. Led by Mao Zedong, the revolution began as the youth of the country rose up in a class struggle against the bourgeoisie elements of the...

More summaries and resources for teaching or studying Dragon Bones: A Novel.