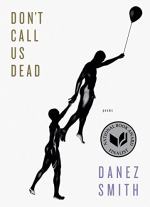 Danez Smith
This Study Guide consists of approximately 53 pages of chapter summaries, quotes, character analysis, themes, and more - everything you need to sharpen your knowledge of Don't Call Us Dead.

This detailed literature summary also contains Quotes and a Free Quiz on Don't Call Us Dead by Danez Smith.

The following version of this book was used to create this study guide: Smith, Danez. Don’t Call Us Dead. Minneapolis, Graywolf Press, 2017.

The first section of the collection consists of a single poem, “summer, somewhere,” in which the prayers of black people have created a heaven for young black men who die unjustly. The speaker of that poem, a victim of police violence, reflects on what it is like to have a second chance in a place without violence or fear, while also holding conversations from afar with the people he has left behind: his mother, his friend, his lover, and the police officer who killed him.

In the second section, the first few poems explore the complications of race, first in a panegyric, “dear white america,” against promises of change that never materialize, and next with a proposal for a movie, “dinosaurs in the hood,” which will permit black people to dream and defend their own communities. The next poems shift to the complications of sexuality. In “it won’t be a bullet,” the speaker gives thanks that a slow death of HIV/AIDS will at least be predictable and surrounded by family. In “last summer of innocence” and “a note on Vaseline,” Smith describes the first stirrings of childhood sexuality, when the speaker still feels protected by family and community.

The next poems, “a note on the phone app that tells me how far i am from other men’s mouths” and “& even the black guy’s profile reads sorry, no black guys,” jump ahead to a fully adult and twenty-first-century homosexuality, describing the difficulties and internalized injustices of dating for gay black men. “O nigga O,” “. . . nigga,” and “at the down-low house party” explore identity and justice through the lens of language, particularly the way slurs can be markers of belonging or the means of alienation. The rest of the second section addresses the experience of HIV/AIDS by retelling the story of a transmittal in dozens of different ways, employing diverse imagery including fairy tales, violent raids, religious ecstasy, rot and decay, predator and prey, and self-harm. In “recklessly,” the speaker is Michael Johnson, describing his position at the intersection of blackness and queerness from his prison cell. “elegy with pixels & cum” is a tribute to Javier “Kid Chocolate” Bravo and a bitter meditation on the limits of public mourning. The section ends with “litany with blood all over,” which again tells the story of an HIV transmittal until the words “your blood” and “my blood” dissolve into each other (51-52).

The third section begins to reach for peace amid the continuing violence. In “it began right here,” “crown,” “blood hangover,” and “1 in 2,” the poet explores both the despair and possibility for hope of living with an HIV diagnosis. In “every day is a funeral & a miracle,” “not an elegy,” and “a note on the body,” Smith returns to the joint danger of blackness and queerness, depicting the threats of police and HIV/AIDS as matching structural violence, all while celebrating the small victory of living through each day.

The fourth section opens with a furious declaration, “you’re dead, america,” in which the speaker has tried to kill america only to find something worse growing in its place. The poem ends with a declaration of allegiance to the speaker’s black community and a promise to search for seeds of hope. In “strange dowry” and “tonight, in Oakland,” the speaker still lives with their HIV/AIDS diagnosis, but now finds means of connection and moments of joy. In “little prayer” and “dream where every black person is standing by the ocean,” the poet imagines the possibilities of healing and resurrection.

More summaries and resources for teaching or studying Don't Call Us Dead.