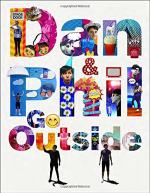 Don and Phil Go Outside Summary & Study Guide includes comprehensive information and analysis to help you understand the book. This study guide contains the following sections:

This detailed literature summary also contains Topics for Discussion on Don and Phil Go Outside by Dan Howell.

NOTE: The following version of the book was used to create this study guide: Howell, Dan and Lester, Phil. Dan and Phil Go Outside. Random House, Nov. 3, 2016.

Dan Howell and Phil Lester share memories and photographs from their world tour in a scrapbook-type commentary in Dan and Phil Go Outside. The book not only describes the work that goes into a tour but also illustrates the differences between an internet show and a live show. The two also give their readers a taste of what life is like on the road and share some of the sights they saw along the way.

The scrapbook starts with commentary by Dan and Phil about their decision to have a live tour and the work that went into designing the show and building the set. They first put on shows in the United Kingdom where they experienced live audiences for the first time. These audiences inspired the two because they gave the two real faces to associate with their fans. The story of the tour continues with descriptions of the theaters in which the two performed, the dressing rooms in which they prepared for their shows, and the after-show party set up by their crew.

Dan and Phil describe the changes they made to their show to make it more palatable for Americans when they took the tour to the United States of America. They talk about the tour bus on which they lived during their tour of America. In each stop of their tour, Dan and Phil include information about the cities in which they performed including pictures of tourist attractions and critiques of famous dishes.

The two also include salutes to the people who worked behind the scenes on their tour, including their merchandise team, their set crew, photographer, and director. The scrapbook ends with a list of comments the two heard while they were on tour and some wrap-up comments by Dan and Phil.

Don and Phil Go Outside from BookRags. (c)2022 BookRags, Inc. All rights reserved.