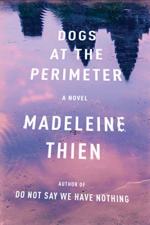 Dogs at the Perimeter Summary & Study Guide includes comprehensive information and analysis to help you understand the book. This study guide contains the following sections:

This detailed literature summary also contains Quotes and a Free Quiz on Dogs at the Perimeter by Madeleine Thien.

The following version of this book was used to create this study guide: Thien, Madeleine. Dogs at the Perimeter. New York: W.W. Norton & Company, Inc., 2017.

The novel opens in Montreal, Canada, in 2006. Janie is a neurological researcher who was born in Cambodia and was adopted by a middle-class Canadian family when she was a child. Janie’s friend and colleague, Hiroji, recently left town without explanation. Janie believes that he is going to Cambodia to follow a lead regarding the whereabouts of his missing brother James, who volunteered in Cambodia in the 1970s and went missing. Janie was the one who helped uncover the lead in the first place when she tracked down Nuong, a boy whom Hiroji met in the 1970s when Hiroji volunteered to help Cambodian refugees in Thailand. Janie is married to an engineer named Navin and has a seven-year-old son named Kiri. She has begun to suffer from post-traumatic stress due to the resurfacing of traumatic memories of her childhood.

As a child, Janie lived with her family in Phnom Penh, Cambodia, in the 1970s. When the Khmer Rouge rose to power, they forcibly sent Janie, her brother Sopham, and her mother to a rural farm cooperative. They sent Janie’s father somewhere else and likely killed him. Sopham was eventually drafted into the Khmer Rouge children’s brigade. At the age of nine, he was forced to torture and kill prisoners. Meanwhile, Janie was sent to a work unit tasked with digging reservoirs. Janie nearly died of starvation. Elsewhere, her mother died of illness. Sopham eventually escaped from the training camp, and he and Janie escaped from Cambodia and into Canada. Eventually, Janie was adopted by a middle-class Canadian family.

The narrative shifts back to Janie as an adult in Canada. Her depression and anxiety have been worsening due to post-traumatic stress. After she goes into an involuntary rage, she decides to temporarily move out of the apartment so as not to traumatize her son Kiri. She contacts Nuong, who tells her that Hiroji has gone to a small village in Laos. Janie travels to the village and discovers that Hiroji has found his missing brother James in that village. James volunteered as a doctor in Cambodia in the 1970s. He married a Cambodian woman named Sorya. He was eventually arrested and imprisoned by the Khmer Rouge. After the fall of the Khmer Rouge, he searched for Sorya but never found her. Later, he arrived in the small village in Laos and decided to live there.

In the 1970s, Hiroji volunteered in Thailand near the Cambodian border. He helped take care of refugees who managed to escape into Thailand. He volunteered for years as he waited for James to escape from Cambodia. Hiroji tried for years to discover James’ whereabouts, but he failed until Janie helped him. When he finally found James, James did not seem to want Hiroji’s presence there. Nonetheless, after Janie arrives in the village in Laos, Hiroji says that he will remain there for an indefinite amount of time to look after James. Janie then returns to Canada.

Dogs at the Perimeter from BookRags. (c)2022 BookRags, Inc. All rights reserved.