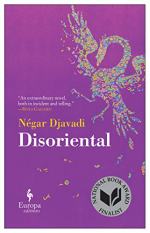 In Chapter 2 of Side B, “Promised Land, Promised Country,” Kimiâ explains that she always wanted to have kids. However, she explains that, growing up as a teenager in France, Kimiâ suppressed the desire and instead threw herself into alcohol, drugs, and music.

Kimiâ reflects that, at some point during the flight to Paris, she contracted what she calls “GI Syndrome” (254). According to Kimiâ, she becomes suddenly alienated from her feelings and emotions, for a period of time ranging from a couple of minutes to multiple days.

They arrive in Paris where Darius is living in an apartment. Initially Sara and Darius believe that they will soon return to Iran, but this proves not to be the case.Sara rents a 2-bedroom apartment for the family and they live extremely frugally. Darius picks up the habit of walking four to six hours a day...