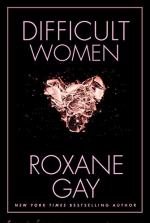 So are all the girls we’ve invited, ten of us who are pretty and fucked up, girls who keep their ugly beneath the skin where it belongs, even though sometimes, it’s hard to keep it all in.
-- Narrator (Baby Arm)

Importance: The women in “Baby Arm” participate in a fight night to release the pent-up anger and frustration resulting from their complicated past trauma and personal issues. Roxane Gay demonstrates the overwhelming pressure women often feel to maintain a faultless outward appearance, and the true burden of burying these internal issues. Gay breaks societal stereotypes by demonstrating that women, like men, are able to vent their pent-up frustration through physical aggression.

He instantly fell in love because he could not believe what lay before him. Her beauty was so mystifying and entrancing that it pierced through his skin and into his blood and wove itself tightly around his heart.”
-- Narrator (Requiem for a Glass Heart)

Importance: In “Requiem for...