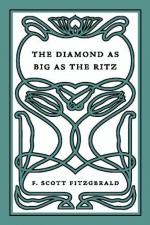 The Diamond as Big as the Ritz Characters

F. Scott Fitzgerald
This Study Guide consists of approximately 28 pages of chapter summaries, quotes, character analysis, themes, and more - everything you need to sharpen your knowledge of The Diamond as Big as the Ritz.

Underneath his all-green golf course, Braddock Washington has imprisoned two dozen aviators who had the misfortune to discover his property. They are a spirited bunch, shouting curses and defiant insults at Washington when he stops by for a visit but also trying to talk him into releasing them. When they hear that one of their number managed to escape, they dance and sing in celebration.

John T. Unger is a young man from the town of Hades, “a small town on the Mississippi River.” His family is affluent, but not as fabulously wealthy as the other families whose sons attend the exclusive St. Midas School.

He is more sentimental than the ultra-narcissistic Washingtons (when he parts with his father to leave for school, there are “tears streaming from his eyes,”) but his blind adoration of wealth and the wealthy reveal...

More summaries and resources for teaching or studying The Diamond as Big as the Ritz.

The Diamond as Big as the Ritz from BookRags. (c)2021 BookRags, Inc. All rights reserved.