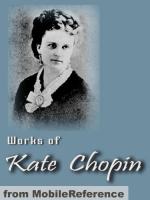 1890s: Cotton is the primary crop for many southern farmers. Its price fluctuates greatly. Cotton production, however, is on the rise, and by the mid-1890s, more than twenty million acres of cotton are harvested.

Today: By the mid-1990s, American farmland comprises about 972 million acres. Of this acreage, only about 21 percent of farms are located in states east of the Mississippi River and almost 79 percent are...