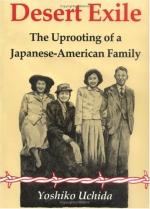 The Japanese internment has been judged by history as one of the United States' government's most shameful acts, a flagrant violation of democratic liberty and the American Constitution. In 1976, Gerald Ford makes a proclamation apologizing for the evacuation. The Japanese American Citizens League pushes for redress so hard that, despite many Issei having died, they are able to secure reparation.

The Nisei are approaching retirement as this book is being written. Others often ask why they did not fight for their civil liberties. Yoshiko explains that there was no "ethnic" consciousness at the time, no freedom marches, no Martin Luther King, Jr. Americans refused to recognize that Japanese-Americans' rights were being violated. Today, Yoshiko would never allow the same thing to happen again.

Yoshiko continues to be proud of her country despite its errors, and she admires many of the Issei...