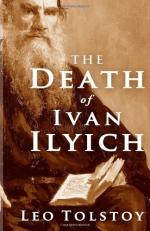 Now that Ivan has seen clearly that he is dying, he despairs continuously. He keeps trying to understand it, but he cannot. Since he cannot accept his death, he tries to replace the thought of it with thoughts that he considers more proper and healthy. He tries to use these thoughts to protect him from thoughts of death, but they don't work anymore.

Ivan tries going in to work at the law courts, to live as he lived before, but death intrudes there too. The worst part is that death allows him no action to take except to sit there and face it.

Ivan knows that he gave his life to the decorating of his house. He is sure that this illness began when he fell off the ladder and bruised his side. It galls him to think he will die over something...