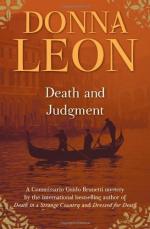 Prominent accountant Rino Favero is found dead in his garage, and the cause is determined as suicide. After an initial examination, doctors discover 4 milligrams of Roipnal in the man's system. The barbiturate is a strong one and that dose would have rendered Favero unable to walk or drive, much less kill himself. The press is not notified of the change in cause of death as the police investigate.

Brunetti struggles to make the connection. It is possible that Trevisan and Favero represented people who were involved in one of...