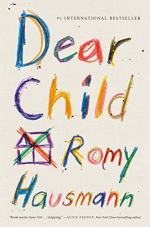 Romy Hausmann
This Study Guide consists of approximately 44 pages of chapter summaries, quotes, character analysis, themes, and more - everything you need to sharpen your knowledge of Dear Child.

The following version of this book was used to create the guide: Hausmann, Romy. Dear Child. Flatiron Books, 2020.

Romy Hausmann's Dear Child is a patchwork narrative comprised of varying first person points of view. While the novel does not occur along a neat timeline, the following summary adopts a linear form.

When Lena Beck is 23, she mysteriously disappears. Her parents, Matthias and Karin, are overcome with despair, desperate for police to solve the case. Thirteen years later, however, investigators have still failed to find any leads. Then one night, a policeman calls Matthias saying they found Lena. At the hospital, Matthias is enraged: the woman claiming to be Lena is an imposter. When they exit the room, however, he is shocked to see a little girl who looks exactly like Lena as a child. The girl is Hannah, Lena's biological daughter.

After Lars Rogner abducted Lena, he locked her in his secluded cabin, forcing her to be his wife, and to give him children. She gave birth to and raised Hannah, and her younger brother Jonathan. While Lars raped and brutalized the family constantly, he still maintained his life in the outside world. Shortly after giving birth to their third child, Lena and the baby contracted pneumonia and died. Devastated, Lars kidnapped Jasmin Grass, and forced her to adopt Lena's role. Throughout her four months in captivity, Jasmin learned how to be Lena in order to survive. Then one night, when Lars returned home, she knocked him out with a snow globe, and escaped with Hannah. Not far from the house, a car hit Jasmin. Lars snuck up behind her, killed the car's driver, and told Hannah his plans for the upcoming weeks. Hannah promised to follow his instructions so they could all be together again.

In the hospital, however, Jasmin wakes up confused. She can barely remember the night of the accident, and is unsure if she should tell the police who she really is. Eventually she convinces them she is stable enough to return home. Not long later, Matthias talks the hospital staff into allowing Hannah to move in with him and Karin. Despite Karin's reluctance, she allows the child in. Soon into her stay, Karin grows frustrated. Hannah clearly needs more therapeutic attention than they can provide her. Karin also worries that Matthias is trying to replace their missing daughter with Hannah. Matthias will not budge, already in love with his granddaughter.

A few weeks after moving back into her apartment, Jasmin realizes she cannot stop living in her captor's world. She is afraid to leave her home, and hears her abductor and the children's voices constantly. When her ex-girlfriend comes over to help, she doubts that Jasmin's stories are real. Jasmin struggles to maintain her grasp on reality, feeling more alone than ever.

One night, while Matthias is on the phone with a friend, he sees a shadow in the hall. Suddenly he realizes, Hannah has escaped with her father. He chases the car all the way to Jasmin's apartment, where he is shocked to discover that Lars is his daughter's original captor. Lars locks them all in the apartment, finally revealing the truth of his maniacal motivations. When he is least expecting it, Jasmin suddenly stabs Lars in the stomach, freeing all his victims.

In the coming weeks, Jasmin adapts to her old life. Hannah and Jonathan receive better care, and Matthias and Karin begin establishing a healthy relationship with their children.

More summaries and resources for teaching or studying Dear Child.