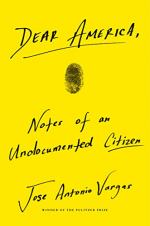 Vargas, Jose Antonio
This Study Guide consists of approximately 50 pages of chapter summaries, quotes, character analysis, themes, and more - everything you need to sharpen your knowledge of Dear America.

In the Prologue and Note to Reader, author Jose Antonio Vargas introduces himself, an undocumented immigrant to the United States, and the book to come, which will focus on the issue of immigration, on both a political and a personal level.

Part One focuses on Jose's childhood and early youth. Born in the Phillippines, he was sent to the United States by his mother at only twelve years old, where he moved in with his maternal grandparents. As a child, Jose has no real concept or understanding of immigration beyond what little he sees in the media. He struggles to adapt to American culture but is keen to embrace everything about his new home as the distance between him and his birthplace grows deeper with time. In particular, Jose struggles to understand how identity and race are defined and delineated in the United States, but he learns quickly that these are large and difficult topics.

The rest of Jose's extended Phillipino family in the United States emigrated there legally and Jose has long assumed that he is also in the country legally. It is not until he tries to apply for a driver's permit as a teenager that he learns the truth about his citizenship status. He suffers a deep emotional and psychological fall-out as he feels lied to by his family and robbed of countless choices that he was not able to make for himself. His grandfather's hope that Jose would eventually "get legal" by marrying an American woman is dashed when Jose comes out as gay, causing even deeper rifts in the family (36).

Part Two is about Jose's final teen years and adulthood, nearly up until the time of writing this book. In high school, Jose finds several adult mentors in whom he can confide his secret, and they help him make sure that he can go to college. Jose is determined to be a journalist, and he successfully secures high profile internships and jobs as his career grows. However, in order to do so, he must constantly hide and lie about his citizenship status. Jose does not want to be undocumented, but there is no viable path to citizenship for him. Over the years, the emotional toll of lying and hiding becomes too great, as Jose decides to come out publicly as an undocumented citizen. Jose goes public in a published article and becomes a relatively high-profile advocate for immigration reform. Despite going public, Jose is not arrested or deported, but he lives with the constant knowledge that this could happen at any time.

In parallel to his personal narrative, Jose writes about both the history of immigration policy in the United States and the current activism on the issue. He devotes particular attention to how the topic of immigration and the image of immigrants is framed by the media and shaped by the master narrative told by those in positions of power. Throughout Part Two, Vargas both educates readers and advocates for change through a mix of personal anecdotes, historical facts, moral reasoning, and political analysis. As he writes about these issues, he focuses on themes of homelessness, what it means to be a citizen generally, as well as what it means to be an American specifically.

Part Three brings both the personal and historical background into the present day with the reality of Jose's situation, and the situation of countless other immigrants, during the Trump Administration. Jose continues his public activism but feels that his status is even more precarious under the current government. Despite this reality, he refuses to hide or run away, believing that "citizenship is showing up" (199). In 2014, when visiting a border-town in Texas, Vargas is arrested and briefly detained before being released. The experience of being arrested and detained prompts further emotional and psychological rumination on the book's themes, including the question of why Jose needs to earn the right to his home and to humanity. He is also forced to face the reality that his relative high-profile and position of privilege in society resulted in his release and prevented his deportation, though the threat of being forced to leave the country at any time continues to loom. Dear America concludes with Jose deep in reflection and leaves the reader with words spoken to him by his mother over the phone: "maybe it's time to come home" (230).

More summaries and resources for teaching or studying Dear America: Notes of an Undocumented Citizen.