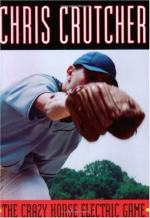 For a while, things are quiet for Willie. He now has a group of friends. He works hard in school and even harder in therapy. Lisa says it is time to begin what she calls Phase 2 of the physical therapy. She tells Willie to get $140 from Lacey for a special class.

After she leaves, Willie practices his new basketball moves alone on the court. Hawk, Kato and a boy named Ernie show up suggesting a game. Willie starts to refuse. He wishes Hawk could have seen him in his Crazy Horse days. Then, Willie realized that Hawk wants him on his team. They play four games, but Willie is so excited to be playing well again, he does not remember who wins what.

Two days later, Lisa takes Willie and the $140, to join a Nautilus gym. She shows him how to use the...