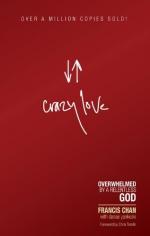 In this chapter, Chan shares examples of people who have lived lives that are totally devoted to Christ. Chan uses the examples to challenge his readers to live the way that God wants them to live and also to show them what true Christianity is all about.

The first example that Chan writes about is Nathan Barlow. Barlow was a doctor who dedicated his life to helping treat the people of Ethiopia who suffered with a condition called mossy foot that made them social outcasts. Barlow wanted so badly not to have to leave Ethiopia that on one trip to the United States to treat an intense toothache, Barlow had all of his teeth pulled so that he would not have that problem again.