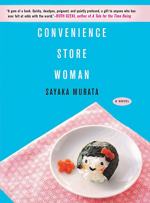 Sayaka Murata
This Study Guide consists of approximately 40 pages of chapter summaries, quotes, character analysis, themes, and more - everything you need to sharpen your knowledge of Convenience Store Woman.

Sayaka Murata’s short novel opens in the setting of a convenience store, where a diligent employee works in perfect harmony with the customer’s needs. She is skilled at her job and knows exactly what to do at all instances by instinct. The novel then goes back in time to provide the backstory of this convenience store worker. Keiko Furukuru grew up in suburban Japan with a regular, loving family. Her parents were kind and she was close with her younger sister, Mami. But her family and teachers notice that from a young age, Keiko is not like other children. She reacts to situations with removed logic rather than by following social norms or by feeling human empathy. For example, she views a dead pet bird as possible food, she ends a fight between two boys by nearly killing one of them, and succeeds in quieting a hysterical teacher by pulling her pants down in front of her class. After several such instances, in which her actions always elicit shock and displeasure from her parents and teachers, Keiko learns to keep quiet and to mimic the actions, mannerisms, and speech patterns of others in order to appear “normal.”

After being taken to therapists and being constantly told she must be cured, Keiko grows up believing that she is an outsider. Her family is thrilled when she gets a job working at a local convenience store while she is in university, because they see this as a sign of her progression. She discovers that this job comes with an employee manual and a uniform that gives her clarity on how to act in the context of the shop. While she still does not know how to act outside of the shop, she finds that she thrives within it, learning every detail of her responsibilities and living for the customers. Eighteen years later, Keiko is now 36 years old, still an unmarried virgin, working the same part time job at the convenience store. Her friends and family are astounded by her inability to progress in live, and after being interrogated about her job and her unmarried status so many times, she decides to do something about it.

She asks a disgruntled ex-employee named Shiraha, who was fired due to poor work ethic and general unpleasantness, if he would like to come live with her. She adopts Shiraha as a pet, and in exchange for providing food and shelter for him, he lives in her apartment. When she tells her friends and family that there is a man in her apartment, they automatically jump to their own conclusions of what this means and congratulate her on her happy news. This indicates how quick people are to fill in the blanks with their own imaginations and how keen we all are to make sense of things that are out of the ordinary. In reality, she has a misogynistic, homeless, angry man living in her bathtub that she feeds like a pet, but everyone is convinced that this supposed romance is the best thing that has happened to her.

Shiraha and Keiko discuss the option of getting married in order to legalize their relationship of convenience. Shiraha is determined to stay at home yet finds that men are victimized for not working and supporting themselves and their families, especially if their wife is not making a lot of money either. Therefore, he convinces Keiko to resign from her beloved job at the convenience store and find a better paying job. She acquiesces, eager to please everyone just so that they will leave her alone and stop questioning her life choices. After her last shift at the convenience store, she loses her purpose in life. She no longer needs to nourish her body with food and sleep for the sake of her work, she no longer has the schedule of the convenience store to orient her days, and she no longer has anywhere to be or anything to do. It becomes clear how much the convenience store defined Keiko’s existence.

On her way to a job interview, Keiko wanders into a nearby convenience store in the business district. She is immediately drawn in by the familiar sounds of the convenience store and instinctively knows exactly what the store needs in order to improve its displays, customer service, and promotions. She realizes at that moment that more than a person, she is a convenience store worker. Even though other people might not like it, and despite Shiraha’s anger, she cannot deny her very essence any longer and she is determined to find another convenience store to work for.